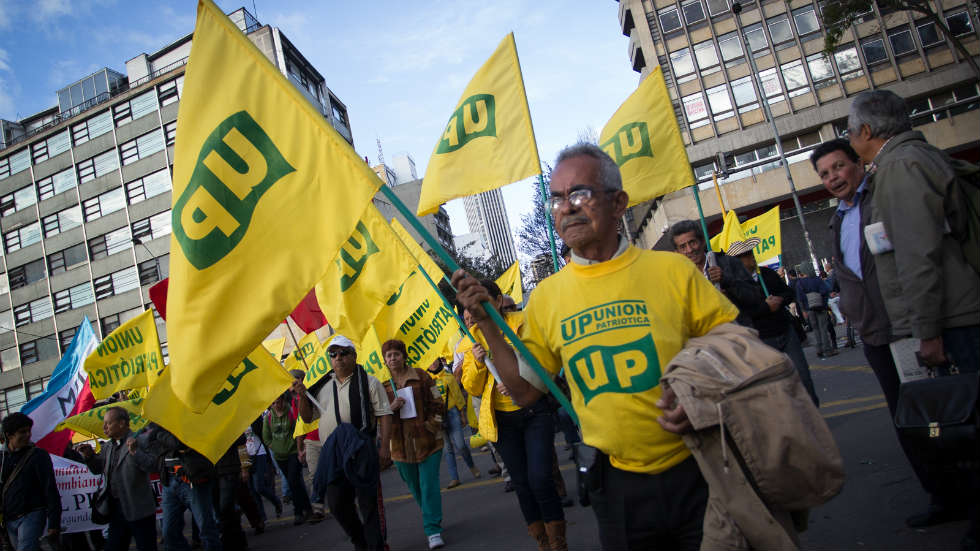 Colombia’s government and military forces will have to pay a fine after being convicted for the attempted “extermination” of the communist Patriotic Union (UP) party.

The most recent homicides taken into consideration were as recent as from 2011, according to the State Council.

The high court ordered the Defense Ministry, the National Police and the National Army to pay a $75,000 fine for the triple homicide of Jose Ignacio, Jose Francisco and Nidia Reyes.

The three are among thousands of UP leaders and activists who were assassinated by extreme right paramilitary forces, sometimes in collusion with state security forces.

The State Council said the systematic killing was an attempted “extermination” of a political party. The party nearly lost its ability to take part in elections because so many of its leaders had been killed.

The state’s responsibility is the crimes lies mainly in its chronic neglect to protect political minorities, the state council said. In some cases paramilitary forces were ordered by intelligence officials.

The high court demanded that the government institutions commissioned the historical National Center for Historical Memory to reconstruct the violent campaign that nearly rid Colombia of communists.

The party continues to be a target for extreme right groups sending death threats or assassinating local activists.

The government is currently in a peace process with the Marxist FARC guerrilla group, but has failed to significantly reduce political violence.

More than 50 social leaders, many of them belonging to leftist groups, have been murdered since peace was signed in December last year.