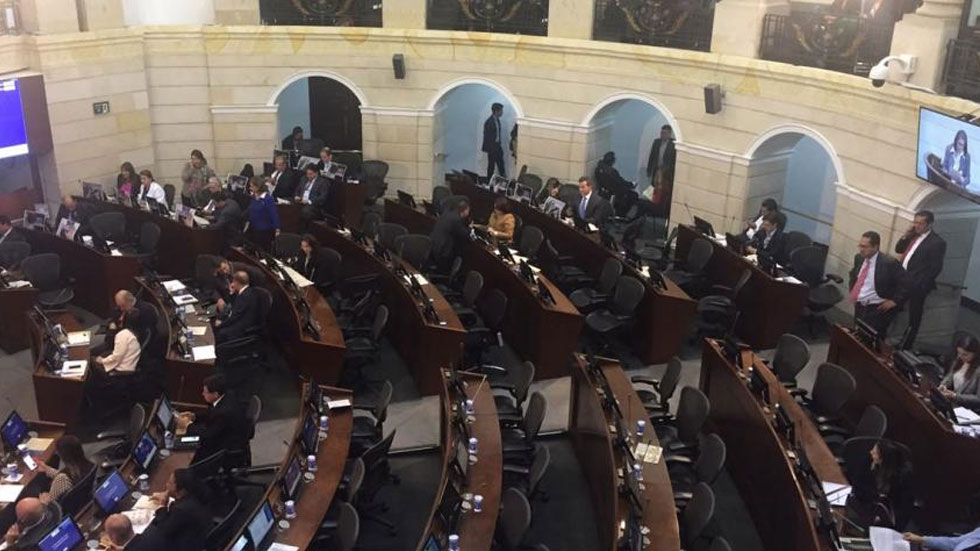 In spite of increased violence against women, almost three quarters of Colombia’s senators failed to show up to debate measures to curb the growing tragedy.

The debate had been called by Senator Claudia Lopez (Green Party), citing government statistics claiming that every 12 minutes a Colombian woman falls victim to domestic violence and every 29 minutes a woman is sexually abused in the South American country.

The fact that only 35 of 102 senators showed up at the debate on measures to curb these excessive levels of violence infuriated Lopez and other female senators.

What this here demonstrates is that our [male] colleagues do not have any solidarity with their [female] colleagues in the Senate when it comes to issues as important as the violence against women.

As if the senators’ failure to assist in the debate wasn’t bad enough, a number of government ministers also failed to present themselves to explain which measures the administration of President Juan Manuel Santos was taking to curb the violent phenomenon.

According to Senator Doris Vega (Citizens’ Option),  Colombia falls “within the 10 countries where most femicides take place.”

Last year alone, some 1,000 women were murdered in Colombia while some 9,500 suffered abuse from their spouses. Another 18,260 women and girls were raped, according to the Medical Examiner’s Office.