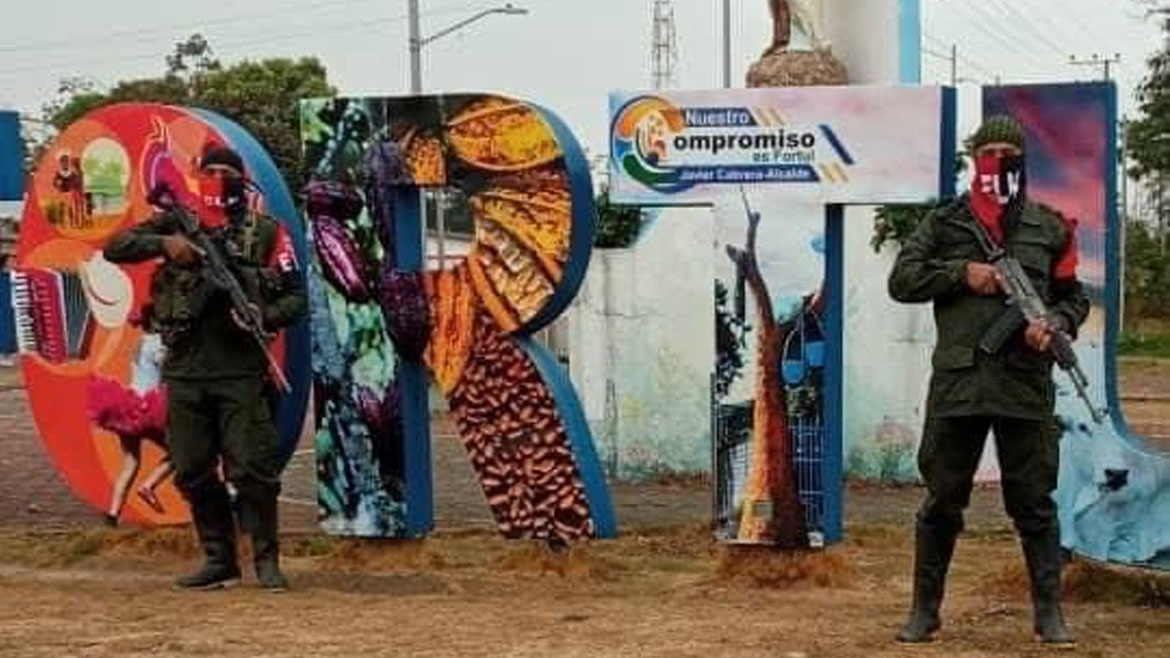 According to conflict monitors, guerrillas carried out dozens of operations between Wednesday and Saturday.

“The armed strike succeeded in paralyzing important roads in the country,” the ELN said in a pamphlet in which the group announced the end of the guerrilla offensive.

Eight people were injured when a roadside bomb exploded in the central Santander province.

Hundred of thousands of people were confined to their homes for three days.

Defense Minister Diego Molano said Saturday that the ELN carried out 45 attacks during the campaign.

Molano said before the guerrilla offensive that the security forces would deploy 240,000 troops to guarantee security.

The alleged deployment failed to prevent severely disrupting traffic on some of Colombia’s most important highways.

Soldiers were able to normalize traffic after the end of the “armed strike” on Saturday morning.

Only in the northeastern Norte de Santander province continued to have traffic problems on Saturday evening, according to the defense minister.

More than in previous armed strikes, the guerrillas used social media to highlight their capacity to challenge state authority.

No doubt the ELN wanted to highlight the abject failure of the Duque-Uribe government’s security policies. And guess what? They succeeded.

The government and opposition politicians claimed that the annual guerrilla offensive was meant to influence congressional elections that are set to be held on March 13.

The ELN denied this and stressed that the armed strike was “a protest against Duque’s terrible government and its sabotage of the purposes of peace.”