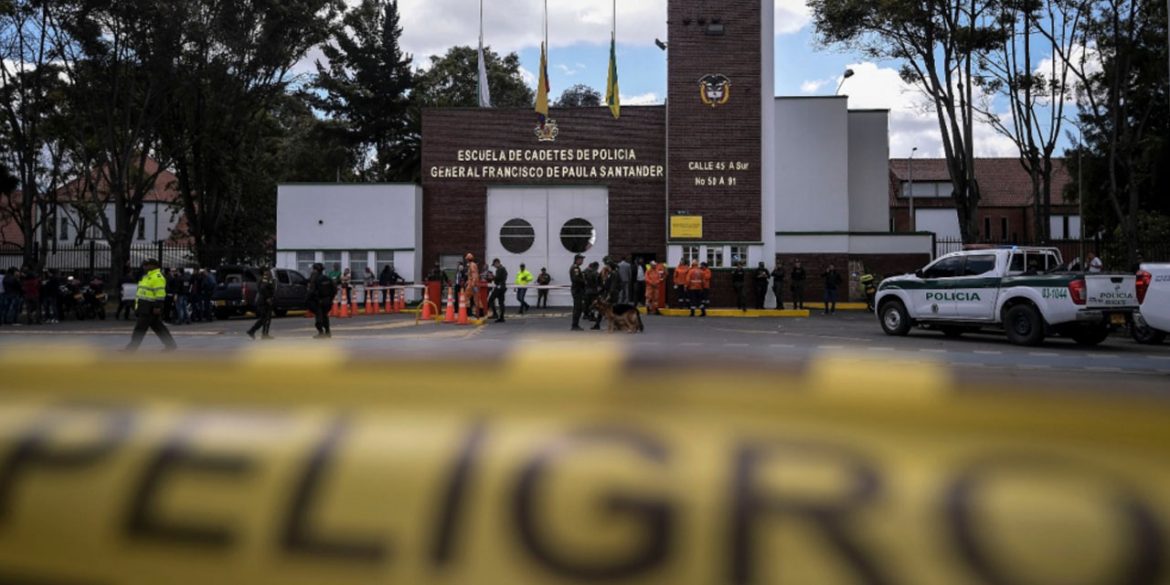 Colombia’s prosecution falsely claimed a US citizen died in a terrorist attack in Bogota in January to justify not surrendering evidence that would prove a suspect’s innocence.

The prosecutor said the video footage that would prove Bogota resident Andres Carvajal was nowhere near the bomb attack that killed 22 police cadets was given to the FBI.

Carvajal was arrested in his home in Los Laches, a neighborhood in Bogota  hours after the January 17 attack in what appeared to be a rush operation to produce results.

The 39-year-old man has been unable to prove his innocence because the prosecution has refused to release the video footage that would prove Carvajal was visiting a bakery at the time of the attack.

The video is on YouTube and was shown on TV in the aftermath of the attack, but has not been made available to the court or the defense of Carvajal, who has been in jail since his arrest in January.

When the prosecutor was asked to produce the video, he said that the video was “in FBI custody because they are making a copy, which is standard when among the victims is an American citizen,” reported El Tiempo.

A prosecution source confirmed to the newspaper that the FBI has a copy of the video “as part of a collaborative process to identify the people who appear there.”

Carvajal was arrested because he was being wiretapped on the day of the attack, allegedly as part of a drug dealing investigation.

When a man called James called him and asked where he was, the suspect answered he was “in Los Laches… Don’t you see we planted the bomb at the General Santander [police school] so we had to come here to stay out of trouble.”

According to the prosecution, the claim was a confession. Carvajal has admitted saying that, but has said it was a bad joke.

Evidence that emerged later indicated that the car used in the attack had come from the south of the city. No other evidence indicates that Carvajal had anything to do with the attack.

Because the prosecution couldn’t produce the evidence that would provide Carvajal with an alibi, the judge adjourned the hearing until December.

Authorities have arrested three suspects, all of whom claim to be innocent. The bomber was killed in the attack. The three people who were filmed accompanying the bomb car were never arrested.