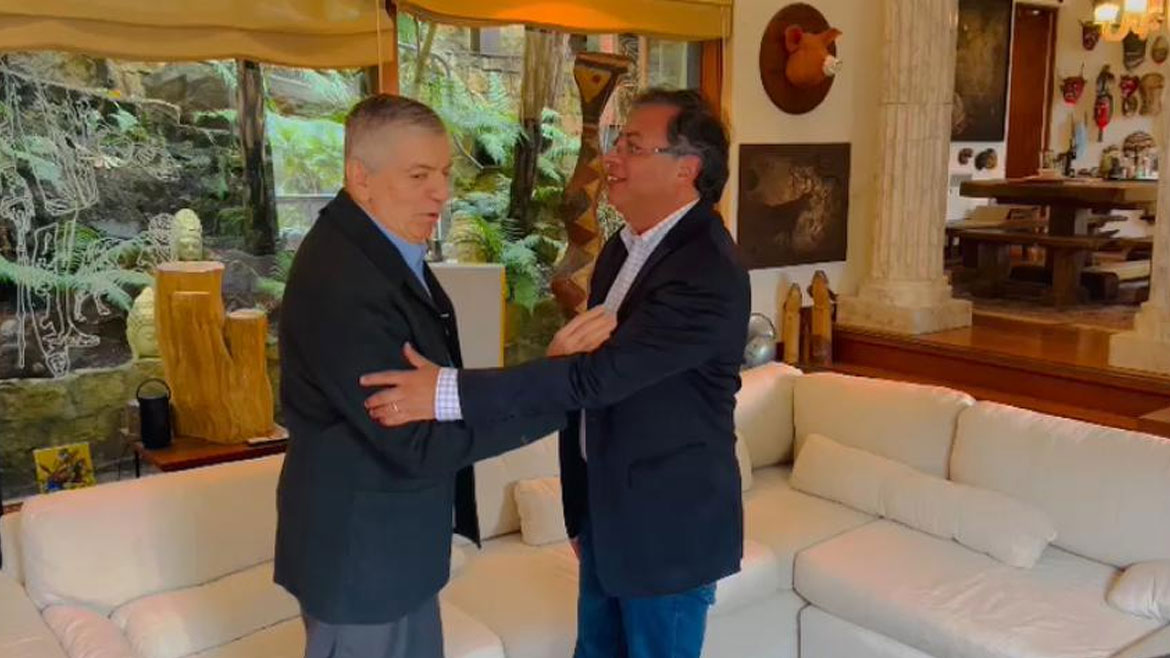 Progressive opposition candidate Gustavo Petro met with former President Cesar Gaviria on Monday to seek a Liberal Party endorsement ahead of the elections.

Petro met with the leader of the Liberal Party in the former president’s home outside of the capital Bogota.

The meeting was controversial because Petro has vowed to combat corruption that is personified by Gaviria and his political allies.

Following the meeting, the progressive candidate said that the Liberal Party would consider joining forces after the congressional elections on March 13.

These elections will determine whether Petro and Gaviria have the support to form a government coalition or need additional support.

Petro said he would seek a “broad front” ahead of the first round of the presidential elections in May.

If the popular decision on March 13 so indicates, we will initiate a process of programmatic working groups, seeking the formation of a Broad Front with all the democratic forces of the country.

The Liberal Party, Colombia’s most powerful political parties, opposed Petro when the opposition senator was running against President Ivan Duque in 2018.

The party is one of the most powerful in Colombia and could easily swing the elections in favor of the progressives.

Ahead of the talks, Gaviria said that he had reservations about Petro’s proposals to nationalize healthcare and diminish Colombia’s dependence on fossil fuels.

The former president did not speak to the press after his meeting with the opposition candidate.