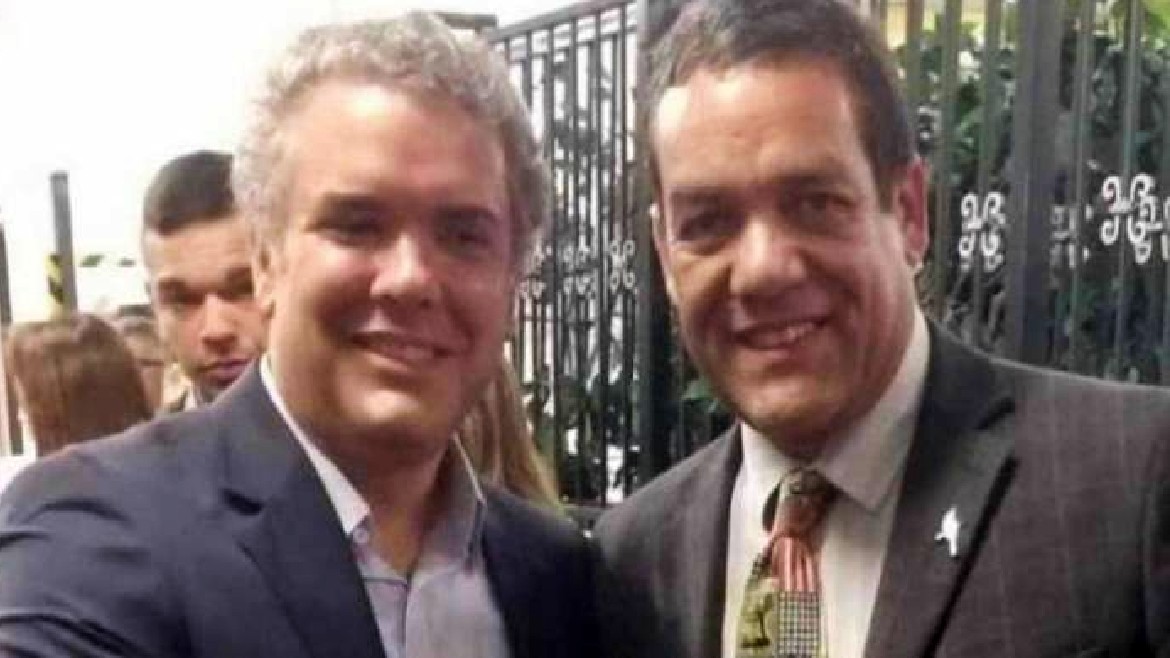 Colombia’s President Ivan Duque will have to clarify his ties to a dodgy businessman who allegedly recruited veterans who ended up accused of assassinating Haiti’s president.

State propaganda chief Hassan Nassar insisted that Duque “had no meeting with or ties to” Antonio Intriago despite evidence indicating the opposite.

The then-presidential candidate, Ivan Duque, didn’t have any meeting with or any ties whatsoever to Mr. Antonio Intriago,

According to Colombian and Haitian police, Intriago’s security company CTU recruited the Colombians who ended up being suspected of assassinating President Jovenel Moise.

The non-existent photo of the meeting that never took place 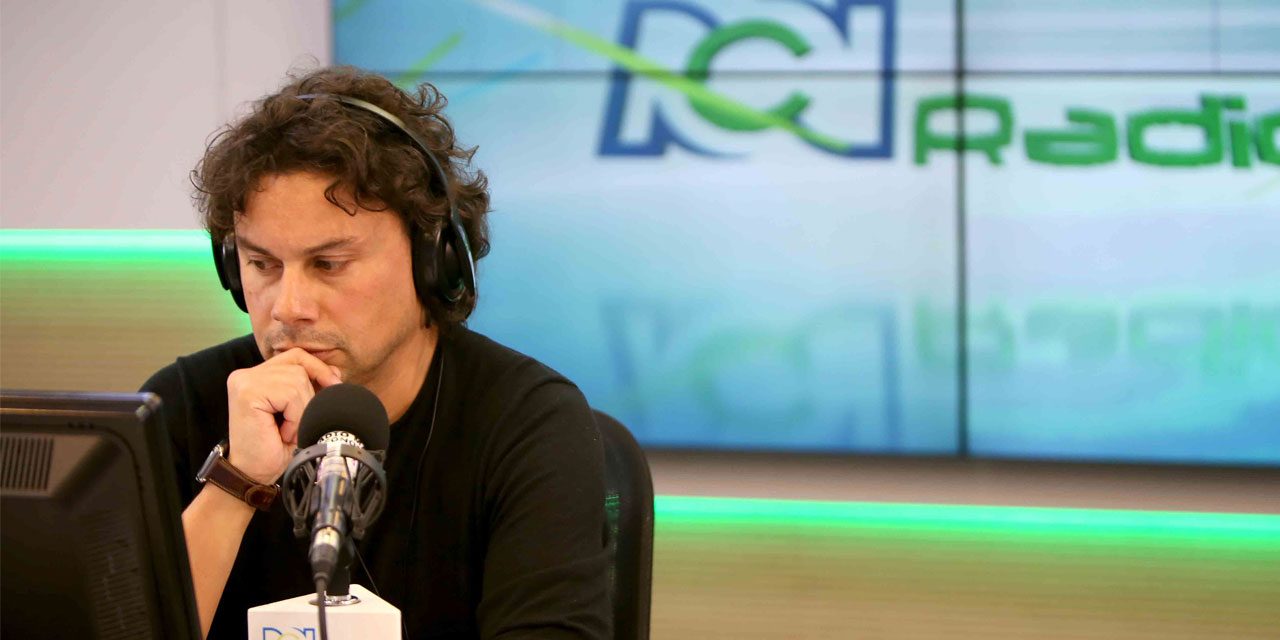 News website La Nueva Prensa alerted Nassar on Sunday already that Duque met with Intriago when the then-candidate was campaigning in Florida on February 10, 2018 in an open information request.

The propaganda chief responded that “there exists no registry of the photographic material” of the campaign meeting where the two allegedly never met.

The news website published the photo of Duque and the owner of CTU after which The Miami Herald confirmed its veracity.

The New York Times additionally said that the suspected key suspect in Moise’s assassination wasn’t just friendly with Colombia’s president, but also had a “history of debt, evictions and bankruptcies” in Florida.

La Nueva Prensa additionally reported that Intriago and Duque met for a second time in February 2019 at “Venezuela Live Aid,” a concert in support of the opposition against Venezuelan tyrant Nicolas Maduro organized by the Colombian government and businessmen from the two neighboring countries.

The concert turned out to be a PR disaster after images emerged of Venezuelan opposition leader Juan Guaido posing with members of drug trafficking organization “Los Rastrojos.” 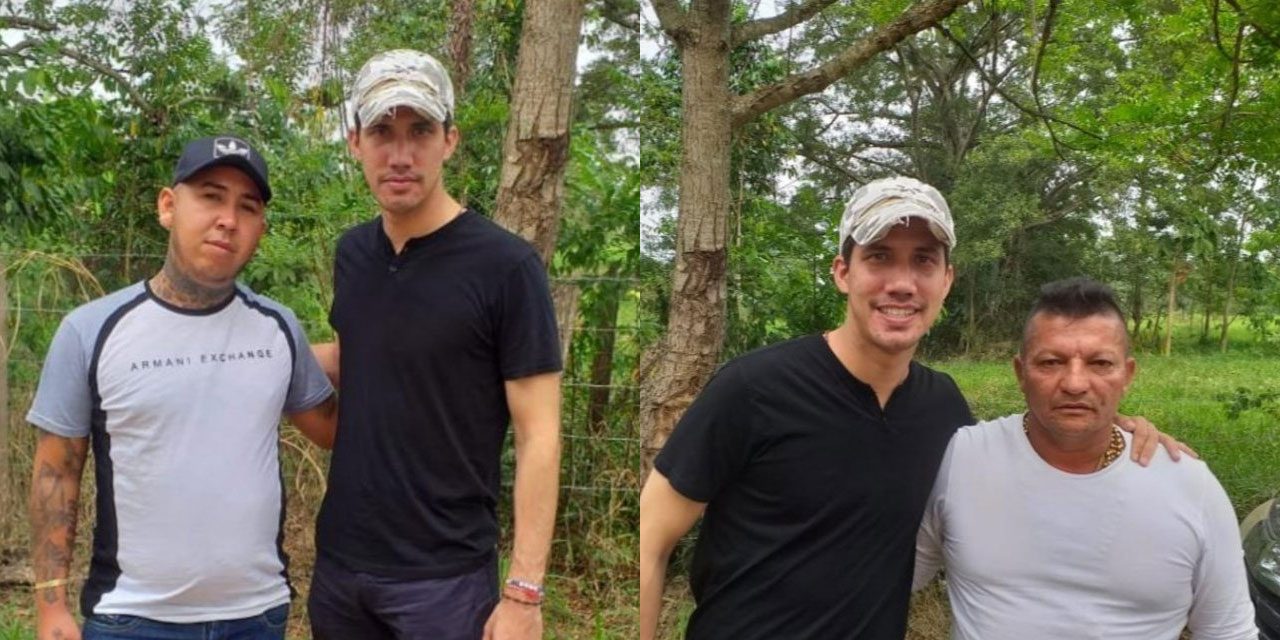 Both Nassar and Guaido claimed the politicians posed with all kinds of people and were unaware that they were also posing with alleged criminals.

Duque made a similar claim after photos revealed the president’s ties to a late money launderer until wiretaps triggered criminal investigations into the president’s party and his political patron, former President Alvaro Uribe. 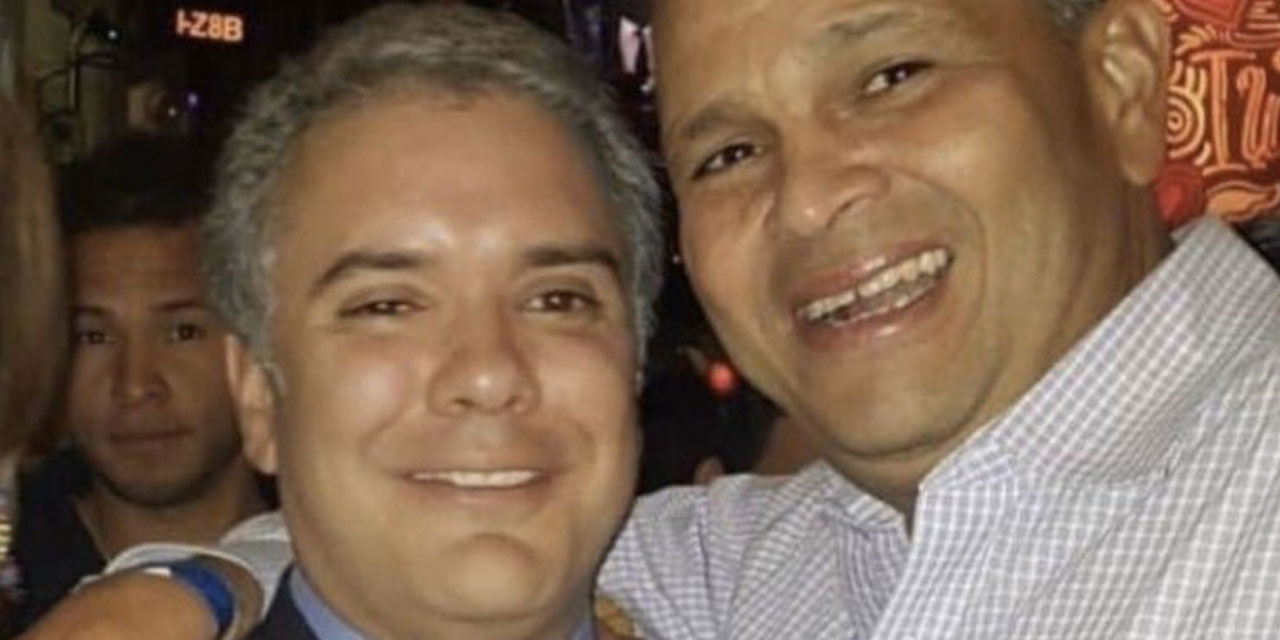 Colombia’s National  Security Adviser Rafael Guarin denied knowing his own cousin after admitting that also his family member had been arrested by Haitian police.

Haiti’s police chief claimed that Intriago’s security firm deceived the former Colombian soldiers who either died or ended up in jail in the Caribbean island state.

According to Haiti’s chief of police, Leon Charles, Intriago’s firm hired the Colombian veterans to protect, among others, businessman Emmanuel Sanon who has been arrested for allegedly masterminding the assassination.

The mission of these attackers was initially to ensure the safety of Emmanuel Sanon, but later the mission was changed…and they presented one of the attackers with an arrest warrant for the president.

The sister of one of CTU”s main recruiters in Colombia, Duberney Capador, confirmed that her brother agreed to recruit others for to “protect important people” in Haiti, according to Reuters.

The former soldier told his sister that “we got there too late” and that “the person we were going to protect” was already dead.

“In the last conversation I had with my brother, he told me, ‘We got here too late; unfortunately, the person we were going to guard, we couldn’t do anything,'”

Hours after this alleged phone call, Capador would be killed himself.

Vargas added that his men were also investigating why Moise´s personal security chief, Dimitri Herard, had traveled to the South American country at least five times this year.

The activities of Commissioner Dimitri Herard during these trips in Colombian territory are being verified.

The fact that none of the presidential guards were injured in the attack has raised questions since the first reports of the assassination.

Duque’s apparent ties to Intriago and the involvement of the cousin of Colombia’s national security chief in the Haiti affair raised even more questions.

Intriago hasn’t been able to answer any questions as the CTU boss appears to have vanished.