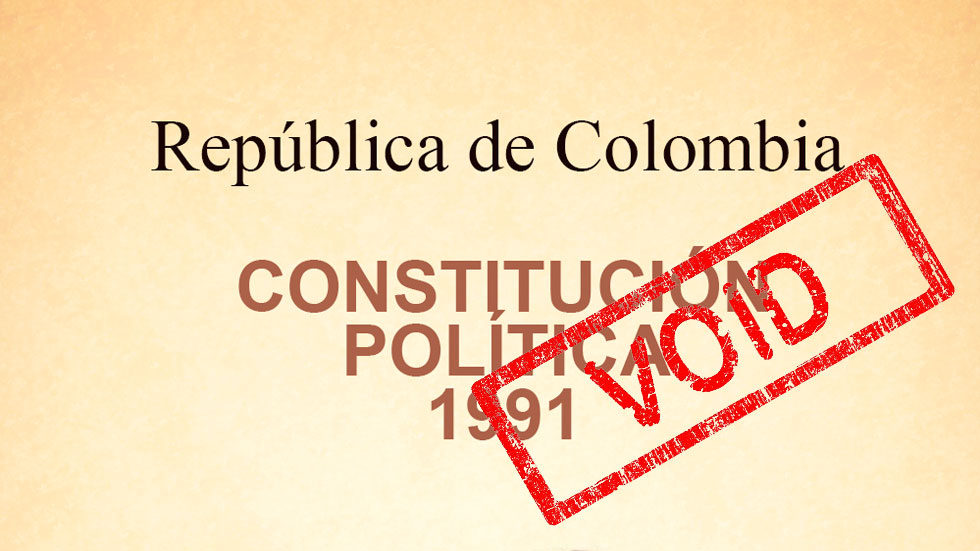 Colombia’s political parties are disapproved of even more than the country’s demobilized guerrilla group FARC, which can count on the disapproval of 84% of the urban population.

With less than a year before elections, the 87% urban disapproval rating of the country’s political parties shows the lack of confidence Colombians have in their state system.

Colombia’s state system has traditionally been weak and corrupt, and has recently been battered by some of the most serious corruption scandals in recent memory.

This has decimated urban Colombians’ approval of the core elements that make up the country’s democratic system.

President Juan Manuel Santos came out with an approval rating of 25%, one of the lowest rates in his seven-year tenure, but still higher than that of the legislative and judicial branches.

The country’s judicial branch, currently embroiled in multiple corruption scandals, received the approval of only 14% of the polled Colombians.

Only 12% of the people polled by pollster Gallup Colombia said to approve of the political parties that make up the legislative branch, two percentage points less than the FARC, the group accused of scores of war crimes.

The approval ratings for the country’s democratic institutions are among the worst measured in recent times as public confidence in government is in crisis.

While the president’s 2010 and 2014 election campaigns are investigated for illegal financing, the country’s Supreme Court is investigated for bribery and dozens of senators have disappeared behind bars over the past decade for ties to death squads or corruption.

In spite their disapproval of their state system, Colombians will be called to vote next year in congressional and presidential elections while the country is going through a major transformation.

Next year’s elections will be the first in over half a century that the FARC, until recently the country’s largest guerrilla group, will be taking part in the elections rather than attacking them.