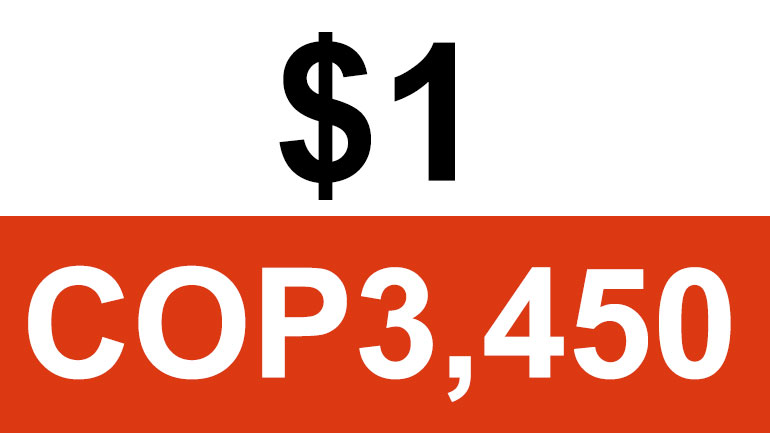 Colombia’s peso took a nosedive against the US dollar on Monday. One dollar is now worth more than COP3,450, almost double the value it was a year and a half ago.

When markets closed on Friday, one dollar was worth COP3,381. However, quickly after markets opened on Monday, the peso sank, reaching an all-time low against the dollar of 3,452.

The steep drop in value that’s been haunting Colombia’s currency began in the third quarter of 2014 when the price of oil, by far Colombia’s largest export product at the time, began an extended period of devaluation, going from $100 a barrel to $30.

News that the price of Brent oil could drop to $13 in 2016 hit the peso hard and spurred a drop to its lowest point in history.

While some exporters are happy with the cheap peso, the country’s government is in major trouble because until recently 20% of its revenue came from oil. The major drop in revenue forced the Finance Ministry to impose a series of austerity measures.

The country’s poor are hit hardest as basic food product prices have increased more than 10% since last year.