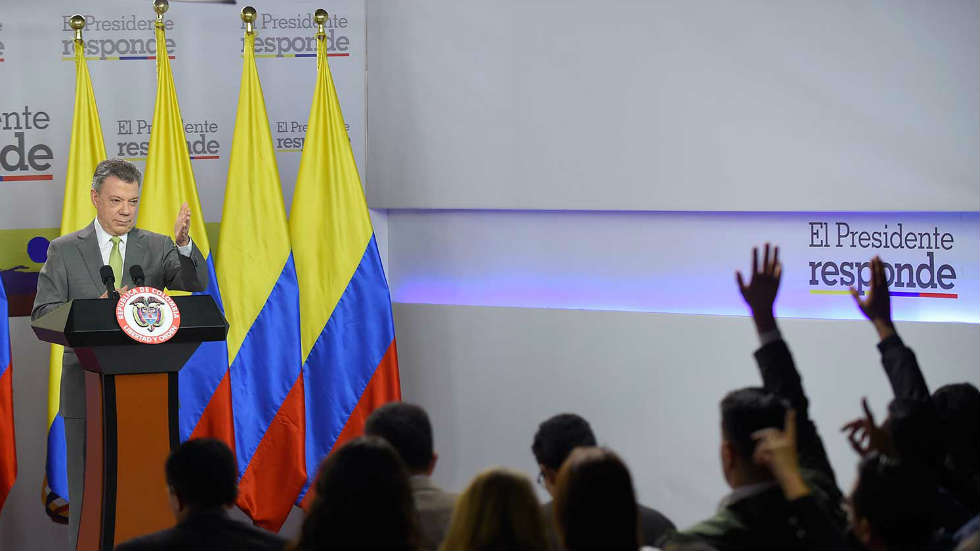 Colombia’s five-year-long peace talks with leftist guerrillas may have tested the country’s faith, but the ongoing peace process will be “even more complex, more difficult and longer,” according to the president.

In a press conference on Friday, President Juan Manuel Santos admitted that the peace process has been plagued by “delays and errors.”

Nevertheless, Santos vowed to be “working with passion and relentlessly” to make Colombia a more peaceful society after more than half a century of armed conflict.

Despite the challenges and difficulties, despite the obstacles, we are building the foundations of a better, peaceful country. Colombia advances.

The government has been under fire from society and international observers about the state’s “deficiency” in honoring commitments made with guerrilla group FARC.

What used to be Colombia’s largest Marxist guerrilla group disarmed earlier this year while peace negotiations with the last-standing guerrilla group, the ELN, kicked off in February.

The FARC process has produced results in spite of irregularities, Santos said.

Peace does not happen from one day to the next, peace is built and needs the effort of all Colombians.

The peace process, which can count on deep-rooted skepticism among Colombians, demobilized more than 14,000 reported FARC guerrillas. Some 3,000 of these demobilization requests are still being verified.

At the same time, the government has vowed to increase presence in areas that traditionally have been either neglected or abandoned by the state.

While the process has ended the country’s oldest armed conflict, it has yet to eliminate violence in areas that have long existed outside the law and are home to multiple illegal armed groups.