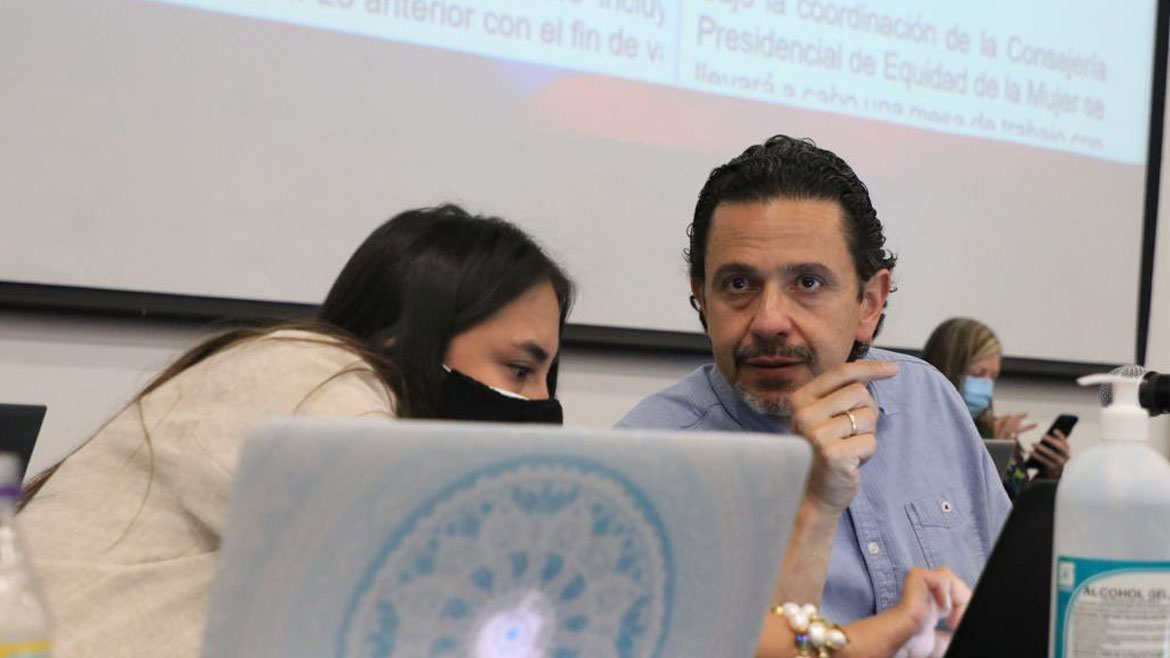 Colombia’s peace commissioner resigns in the middle of protest talks

Colombia’s peace commissioner announced on Saturday that he has handed in his resignation in the middle of negotiations with leaders of anti-government protests.

The position of Peace Commissioner Miguel Ceballos was becoming increasingly weak because of his handling of suspended peace talks with guerrilla group ELN and ongoing anti-government protests.

In an interview with government-loyal newspaper El Tiempo, Ceballos on Saturday said he had handed in his resignation to far-right President Ivan Duque.

According to the president’s top peace aide, he had taken this decision last year already and will no longer be in office on Tuesday.

Ceballos said on Sunday that, despite his impending departure, he was “optimistic” about ongoing talks with the so-called National Strike Committee, which demands an end to the violent repression of peaceful protests.

The peace commissioner has been negotiating this demand for a week with the organizers of an April 28 strike that sparked permanent and mainly peaceful protests.

Violent police repression that left 43 protesters dead has escalated tensions, however, which has triggered local uprisings, roadblocks and even armed attacks on the security forces.

A policemen was killed on Saturday in an armed attack on his post in Cali where repression has been the most violent and authorities have difficulty to control the situation.

Farmers’ representative Oscar Gutierrez of the National Strike Committee took to social media on Saturday to fiercely reject the blocking of roads apparently in the hope to convince farmers not to resort to these often illegal measures.

Roadblocks are a legal form of protest, but only under the conditions they are not protected with violence and permit the passing of ambulances or endanger the humanitarian situation of communities.

Ceballos had demanded that social organizations that form the committee openly condemn violence and the illegal putting up of roadblocks despite the fact the strike organizers have nothing to do with these forms of protest.

Security forces have been trying to remove all roadblocks, disregarding whether they were legal or not, and has continued to use illegal force to crack down on peaceful protests.

In a letter to the president, human rights organization Temblores said the NGO has received almost 3,000 reports of police brutality since the beginning of the protests.

A major concern is that hundreds of protesters have disappeared. While many have since been found in hospitals or released by police, others have been found dead.

Ceballos will continue talks with the strike organizers on Monday, his last day in office. Duque has yet to appoint a new peace commissioner.