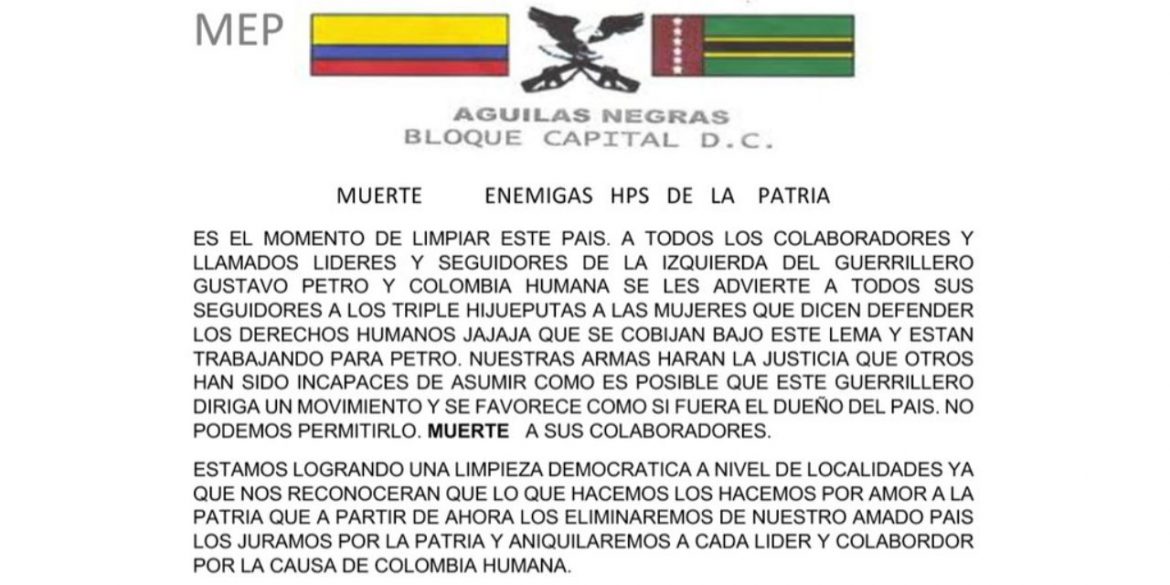 Colombia’s opposition supporters told “the only way left is death”

The Aguilas Negras, an elusive group that is allegedly tied to far-right elements within the military, has dramatically increased its intimidation of leftists and human rights defenders ever since they first appeared in 2006.

In their latest threat, the group specifically vowed to kill seven women’s rights activists, including Petro’s ex-wife, and warned that “all leftist followers of guerrilla Gustavo Petro” are targets. 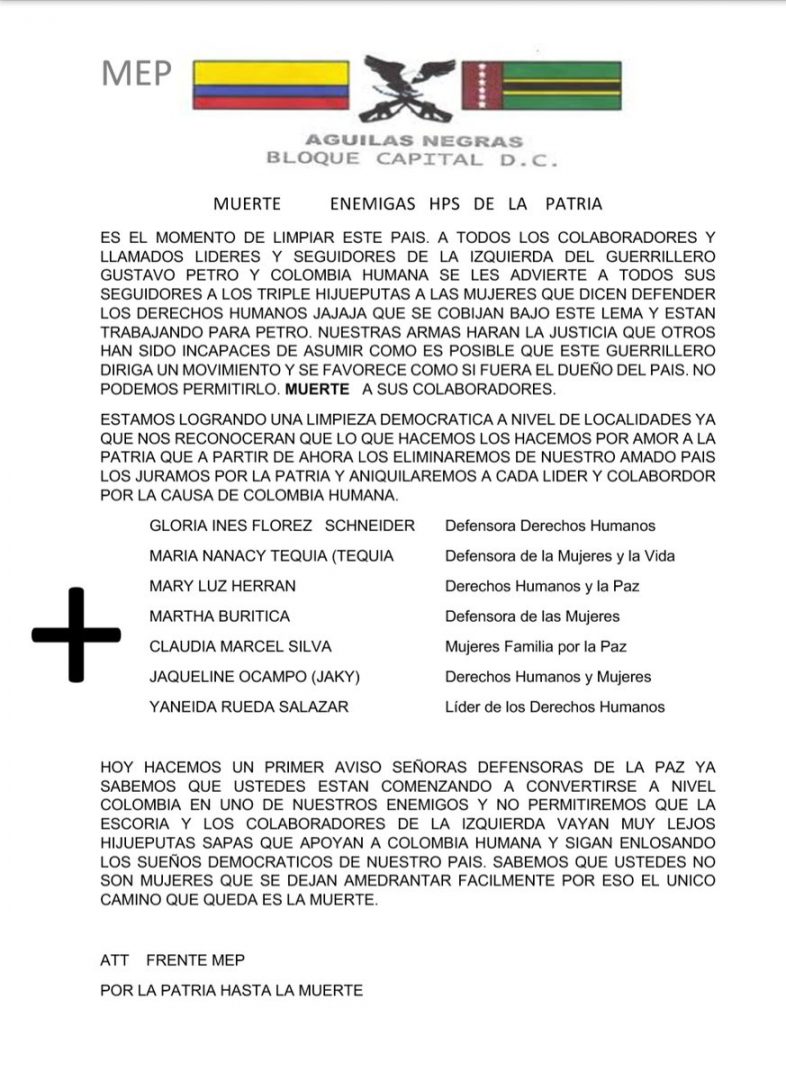 According to the Aguilas Negras, “our arms will impose the justice that others have failed to carry out.”

Hundreds of community leaders and human rights defenders have been assassinated since the beginning of a peace process in 2016 that converted former guerrilla group FARC in a political party and empowered democratic opposition forces like that of Petro to take part in politics.

In order to take part in local elections in October, the opposition senator recently teamed up with the Patriotic Union, a party that was all but exterminated by paramilitary groups and state officials after a failed peace deal with the FARC in the 1980s,

But the Aguilas Negras threatened the “death to all collaborators” of the campaign of the leftist opposition leader who received 8 million votes in the presidential election.

It is time to cleanse this country of all collaborators and so-called leftist leaders and supporters of guerrilla Gustavo Petro and Humane Colombia. We warn all his followers… [that] our arms will do justice that others have not been able to.

Petro ally and House Representative Maria Jose Pizarro asked the government on Twitter “when are you going to take action against the Aguilas Negras?”

FARC Senator Sandra Ramirez, whose party will take part in local elections for the first time since they laid down their weapons, warned “all Colombian society and the authorities that these ‘democratic cleansings’ are nothing more that the reinforcement of the paramilitaries” who, according to the National Center for Historical Memory, murdered more than 100,000 civilians over the past four decades.

So far, the administration of President Ivan Duque has done nothing against the group that has expressed its support for the president and his political patron, former President Alvaro Uribe.