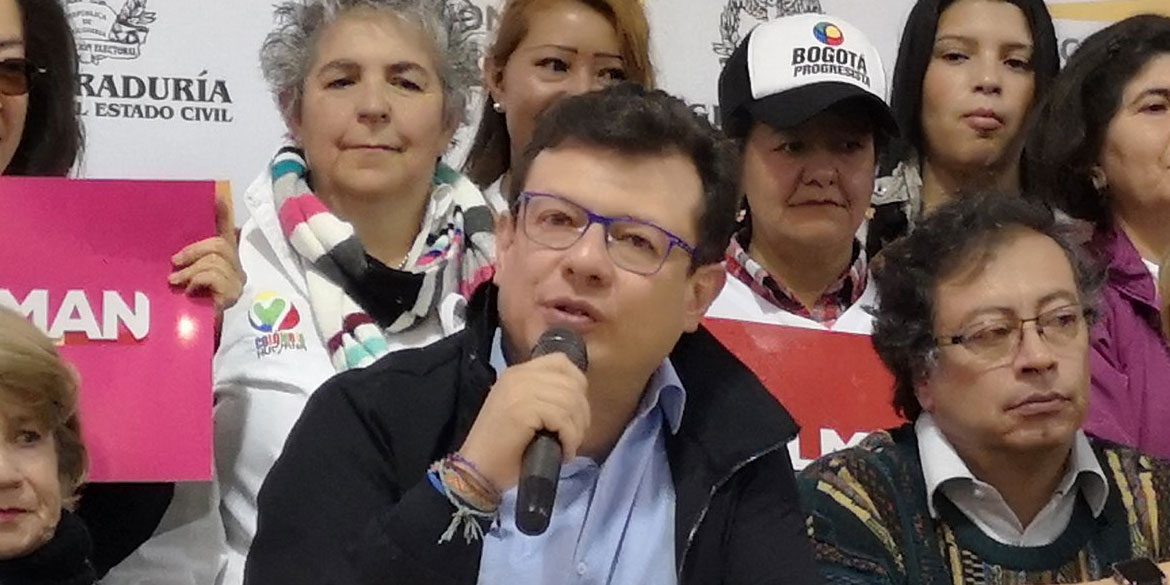 Colombia’s opposition leader Gustavo Petro lost one of his top aides on Monday for endorsing a Bogota mayoral candidate accused of domestic abuse.

The resignation of Maria Mercedes Maldonado could be the first of many after Petro ignored the request of more than 70 female members of the progressive Humane Colombia party who had publicly asked him not to endorse former journalist Holman Morris.

After the former journalist’s ex-wife accused Morris of domestic abuse last year, other women came forward claiming they had been harassed by the journalist-turned-politician.

Petro’s decision to ignore the abuse and harassment claims was a slap in the face for the women and Maldonado resigned from Humane Colombia almost immediately.

Petro’s controversial decision is likely to have major repercussions for his movement that got him more than 8 million votes in last year’s presidential election.

It is uncertain if other women will follow Maldonado’s lead and abandon Petro, but it is evident that the opposition leader’s support for Morris has created a major division in his movement that pretended to take the lead in the defense of women’s rights.

In Bogota, Morris is likely going to be ripped to pieces by Lopez, an outspoken defender of women’s and gay rights, a critic of Petro, and the leader in the Bogota race.

Petro’s may have given Lopez hundreds of thousands of women’s votes on a sliver platter by prioritizing the loyalty of his long-time ally over the repudiation over Morris’ alleged mistreatment of women.

The former journalist, who has denied any wrongdoings, on Monday produced a letter of 100 “feminists” that said the women support Morris’ bid for the second highest position in Colombia.

But how that will help him close the gap with Lopez while facing harassment and abuse claims is unclear.