Colombia’s President Ivan Duque was charged with election fraud on Thursday after a fugitive politician’s confirmation the 2018 election were rigged sparked another crisis.

The opposition is pushing every available button to force investigations into the latest fraud claims while Duque’s allies are doing all they can to prevent further damage.

Chief prosecutor Francisco Barbosa, a close friend of the president, in the meantime has gone into overdrive in an apparent attempt to stop former Senator-elect Aida Merlano (Conservative Party) from talking.

Government and allies on the defensive 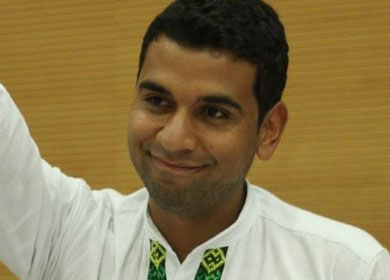 House Representative David Racero, an ally of Senator Gustavo Petro who lost the election, formally filed charges before Congress’s Accusations Committee, the body that can investigate the president.

Additionally, Senator Ivan Cepeda said on Twitter that he will give the Supreme Court a copy of Merlano’s interview with Semana columnist Vicky Davila in which she confirmed claims that Duque’s election was the result of fraud.

The Accusations Committee is notoriously inefficient and the Supreme Court can’t investigate Duque.

The high court however, had already ordered an investigation into Senator Arturo Char’s alleged involvement in the election fraud for which Merlano was convicted, which has now been confirmed by the politician held in Venezuela.

To make matters worse for the senator of the notoriously corrupt Radical Change party, the court could decide to investigate the member of the mighty Char clan’s alleged involvement in Merlano’s prison break in October last year.

The member of the mighty Char clan was supposed to become Senate president in August, but this “would be an enormous mistake,” according to Senator Antonio Sanguino of the opposition Green Party.

While the court will be looking into the latest evidence of Char’s alleged election fraud practices and the claim he helped Merlano break prison, the chief prosecutor retaliated.

Barbosa summoned the daughter of the politician who accused one his best friends of election fraud to appear in court on March 3.

The prosecution has failed to follow up on the court order to investigate Char and businessman Julio Gerlein, but has announced legal action against Merlano’s 20-year-old daughter every time the fugitive lawmaker accused government allies of criminal activity.

Barbosa refuses to investigate the powerful clans that helped both Merlano and his friend get elected, but insists the fugitive politician’s daughter is complicit in Merlano’s escape.

Multiple legal experts had already expressed their concern over the effect that Barbosa’s friendship with the president could have on the prosecution’s independence.

Barbosa’s decisions to ignore the Supreme Court and go after Merlano’s daughter seem to confirm the concerns the prosecution could be more dedicated to political persecution than fighting crime.