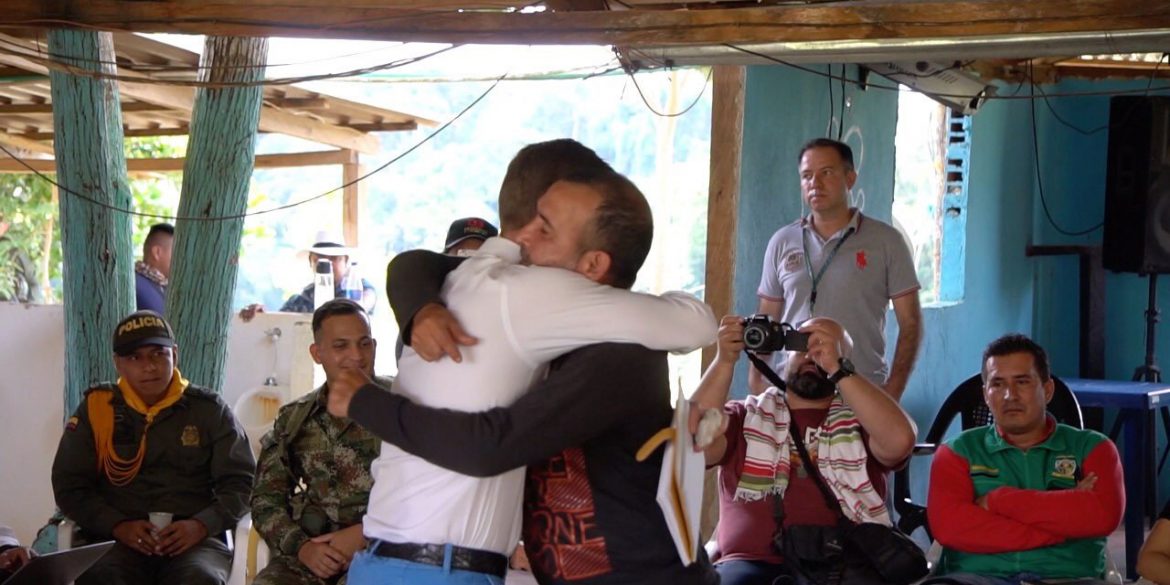 Only in the northwestern Arauca province, where rearmed FARC guerrillas have been active since the beginning of 2018, graffiti appeared to announce the return of “the new guerrilla group.”

Marquez and at least 14 commanders announced their dissent on Thursday, claiming that the government’s failure to comply with the 2016 peace deal “left no alternative.”

Analysts, observers and guerrillas agree that the President Ivan Duque’s failures to comply with the peace deal and the security forces’ failure to provide security threaten the success of the peace deal.

But at first glance, Marquez’ call to force Duque to comply with force was met with little enthusiasm among former guerrillas,

“I believe that 53 years of war, in which everyone was a victim, is enough,” Luz Marina Giraldo, the former nurse of legendary guerrilla commander “Mono Jojoy,” told weekly Semana from the reintegration site in Mesetas, Meta, from where three commanders left to join Marquez.

Other FARC members taking part in the integration program also showed little interest in rearming, according to Semana, which talked to former guerrillas at a number of reintegration sites.

Those who were considering taking up arms did so already and those of us who want to continue fighting peacefully, here we are.

From reintegration sites throughout Colombia, FARC members took to social media to affirm that they remain “steadfast with peace,” often “demanding state compliance of the agreements.”

At first glance, Marquez’ success to form a new guerrilla group seems to depend on Duque’s compliance to the peace deal rejected by his far-right party.

To secure the government remains committed to the former FARC guerrillas’ reintegration process and after reported pressure from the international community, post-conflict adviser Emilio Archila embarked on a tour to personally confirm demobilized rebels the government will comply.