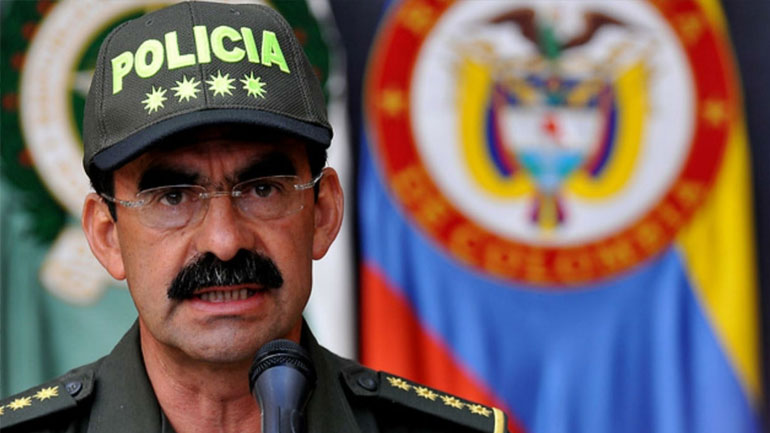 Colombia’s Inspector General on Tuesday announced he would open an investigation into allegations that the country’s director of the National Police sexually harassed a male subordinate.

Colombia’s highest police commander, General Rodolfo Palomino, faced public embarrassment last week after a recording leaked in which a male subordinate, Colonel Reinaldo Gomez, said he had been sexually harassed by the married top official in 1998.

“When [Palomino] was lieutenant colonel, during a police graduation ceremony, he said that he liked me and wanted to have something with me. He told me that there was a way of us going out. I know that this sounds strange, but this is how it was. I let him know that I liked women,” colonel Reinaldo Gomez said in the recording that was leaked to radio station La FM.

Palomino has denied all accusations and announced he had suspended three officials who were heard in the recording for conspiring against him.

Since the story hit headlines a week ago, Gomez has turned to president Juan Manuel Santos and Minister of Defense Luis Carlos Villegas, after the police failed to respond to claims that his personal security was under threat after receiving death threats.

“Despite the fact that I have reported the death threats I have received, I have not been given any kind of security,” Gomez said in a press statement, adding that “the institution … has not responded to the topic of my security [and] this worries me,” referring to the police.

The high ranking official added in the press release that he wants to leave the institution as an excellent colonel and not a mediocre general, mentioning that his requests to step down had not been responded to.

Gomez accused Palomino of fraud before the Inspector General’s Office on Friday, claiming that the general had illegally created a document in which the colonel was retracting the sexual harassment claims.

Palomino is continuing to deny all accusations against him, and in a press release said that he is the victim of an “unimaginable lie” that has personally affected him.

In the same release, Palomino expressed his gratitude for the institution that he heads following the administrative and disciplinary decisions that have been taken in his honor.

The police chief said he had asked the Inspector General’s Office to investigate the initial audio recordings released of the senior officials in which according to Palomino, they are talking about a range of topics that could publicly humiliate the chief of police and compromise his position as commander. The recordings were published by La F.M radio.

To find out whether Palomino sexually harassed a subordinate or he is the victim of a conspiracy seeking to remove him from his post, Inspector Alejandro Ordoñez on Tuesday said he would investigate Gomez’ claims.

Palomino celebrated the investigation, hoping it will clear his name.