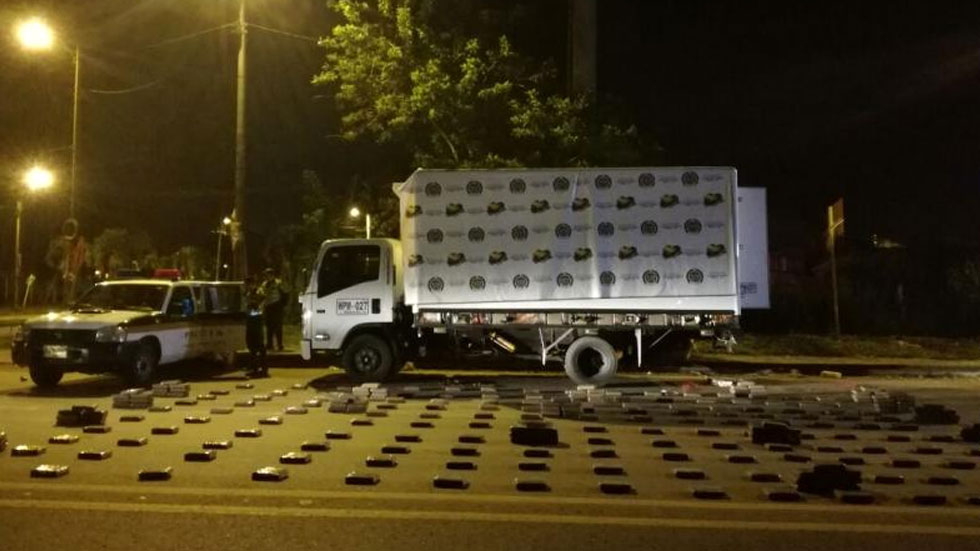 In one of Colombia’s most cynical drug busts, police found 500 kilograms of marijuana in a truck whose driver said to be delivering emergency aid to Mocoa, the town where hundreds died in a natural disaster.

The truck, adorned with messages of solidarity and support for the devastated capital of the Putumayo province, was pulled over at a road block in Jamundi, Valle del Cauca while heading in the opposite direction of the disaster area in the south of the country.

While police initially believed the aid kits in the truck were meant for Mocoa, the visible nervousness of the driver and his companion spurred the officers to dig deeper, the National Police said Thursday.

At the end of the search, 550 kilograms of marijuana was pulled from the double walls constructed in the truck carrying the apparently fake disaster relief kits in the truck.

“We observe with concern that people are taking advantage of the Mocoa tragedy to commit crimes,” Colonel Henry Ramirez of the Cali Police Department told reporters.

The police commander the drugs had come from marijuana fields in the Cauca province and were on their way to Cali, Colombia’s third largest city.

Mocoa on Sunday was struck by floodings and mudslides that killed at least 300 of the towns inhabitants. Since then, Colombian civilians, the state and foreign countries have been sending emergency aid to the disaster-struck town.