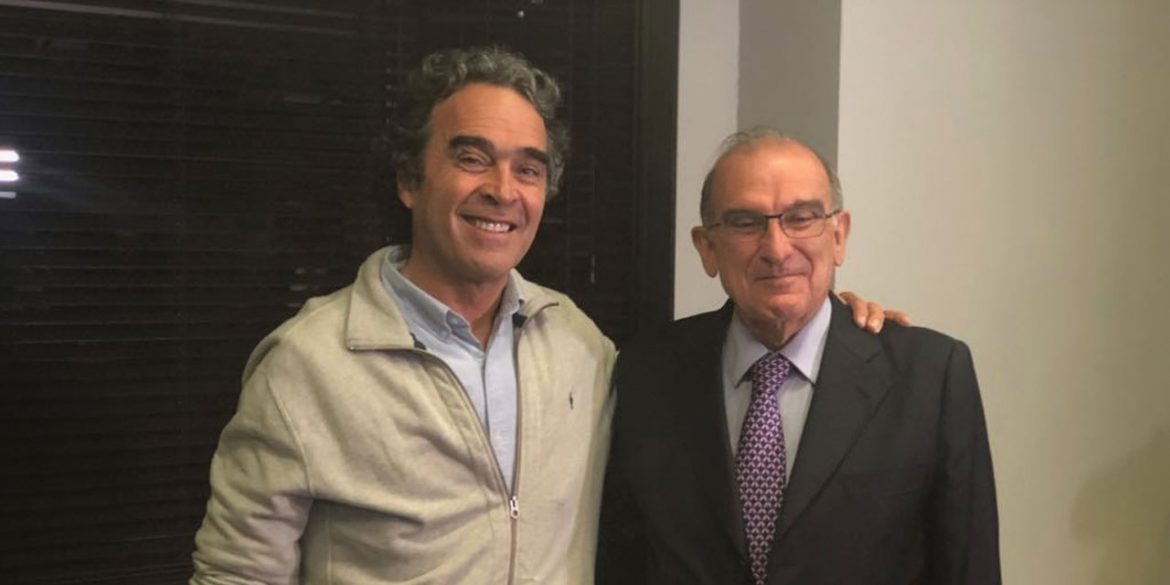 Colombia’s moderates unite, but can they end crippling polarization?

“We are deeply convinced that what we represent is what Colombia needs, to end this polarization. We know that polarization is not in the country’s best interest,” Fajardo said at a joint press conference on Monday.

The election race has been dominated by former Bogota Mayor Gustavo Petro and former Senator Ivan Duque, who have polarized public opinion ahead of the May 27 vote.

Petro, who was a member of the now-defunct M-19 guerrilla group in the 1970s and 1980s, has vowed to fight corruption and reduce the power of the elite families that control much of the country’s political system.

Duque and other conservatives have accused the social democrat of trying to “convert Colombia into a second Venezuela,” the neighboring country that is led by the autocratic socialist president Nicolas Maduro.

Petro and his supporters have been rallying against Duque’s political patron, the hard-right former President Alvaro Uribe who is investigated by the Supreme Court over his alleged role in the formation of far-right death squads in the 1990s.

Polarization in Colombia’s politics is not new and has caused violence ever since the country became independent from Spain.

Also these elections have been marred by violent incidents that saw Petro and other leftist candidates attacked.

Whether Fajardo and De la Calle are able to form a united block in the middle depends on the CNE, which has already begun the preparations of the first round of elections.