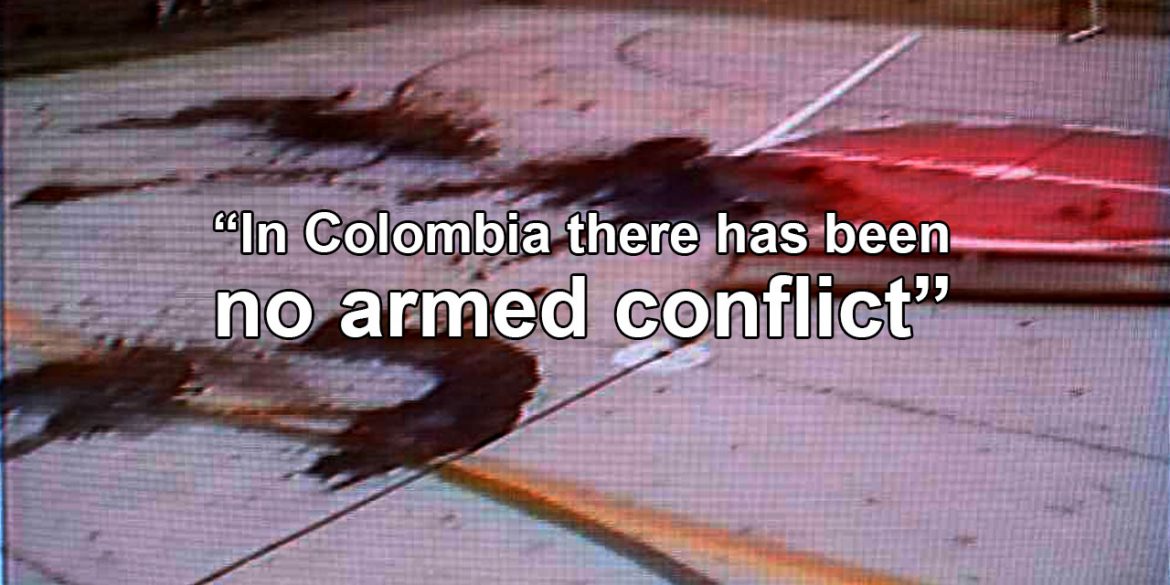 Colombia’s National Center for Historical Memory (CNMH) has been censuring conflict studies and erasing the criminal history of government allies.

Since President Ivan Duque appointed far-right ideologue Dario Acevedo as director, the CNMH has gone from being a renowned memorial center to a disgraced propaganda machine for war criminals and conflict deniers.

Acevedo’s conflict denial and censorship already got the center expelled from both national and international associations of memorial centers, but the CNMH director is relentless.

From victimizers to victims

Last week, Acevedo announced an agreement with controversial ranchers federation Fedegan, one of the primary financiers of paramilitary groups that killed approximately 100,000 people.

The agreement included the publication of a book highlighting how 10,000 ranchers were victims of leftist guerrilla groups.

At least two ranchers who claimed to be guerrilla victims are notorious for using paramilitary terror to dispossess land from farmers, newspaper El Espectador found out.

Fabio Otero, one of these ranchers and a friend of former President Alvaro Uribe, is implicated in last year’s assassination of a social leader in the northern Cordoba province that triggered national protests.

What the National Center for Historical Memory is doing at the moment is putting people who have power, like members of the military or businessmen, at the heart of the story, minimizing or censuring their responsibility for damages caused.

According to Noticias Uno, Acevedo also changed the title of a book published before his arrival, “Paramilitarism in Magdalena Medio, Patrons and Commanders,” to “A Supplanted State.”

Human rights organization Minga Association said it would remove the documentation it had provided to the CNMH for study on Tuesday, claiming it has lost confidence in Acevedo.

We have lost confidence in this important institution because we obviously have completely different views, but more than anything for the victims. To negate victims, to deny victims’ participation as the National Center for Historical Memory is doing is an affront.

The denial of Colombia’s armed conflict is one of the core elements of a theory promoted by President Ivan Duque’s political patron, former President Alvaro Uribe, who claims Colombia’s state confronts a terrorist threat.

Whether this thought is a political philosophy or a legal strategy is unclear as many “Uribista” ideologues are in trouble with the law over war crimes or have ties to the Medellin Cartel.

Colombia Reports made a back-up of all the studies made by the CNMH ahead of the arrival of Acevedo and has made these uncensored studies publicly available.