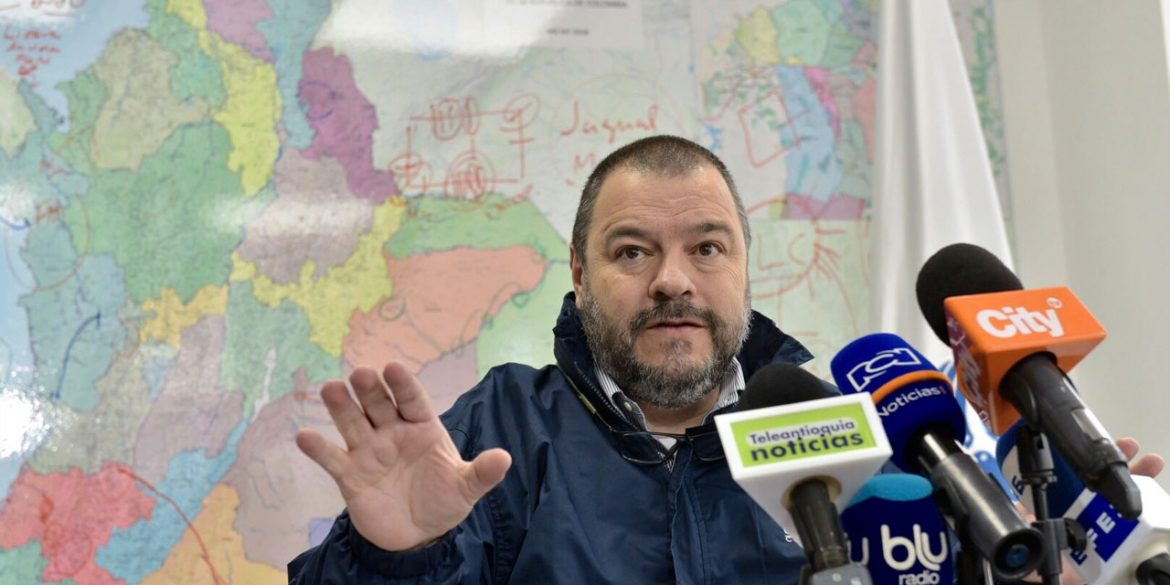 Colombia’s Ombudsman’s Office on Monday issued an electoral risk alert for more than 400 municipalities, covering more than half of the country’s national territory.

Following an extensive risk study, Ombudsman Carlos Negret said that the elections in 418 municipalities were at some level at risk of violent intervention ahead of the October 27 elections.

In 176 municipalities there is a high risk of violence and in 78 the risk of electoral violence is extreme, according to the ombudsman’s report. 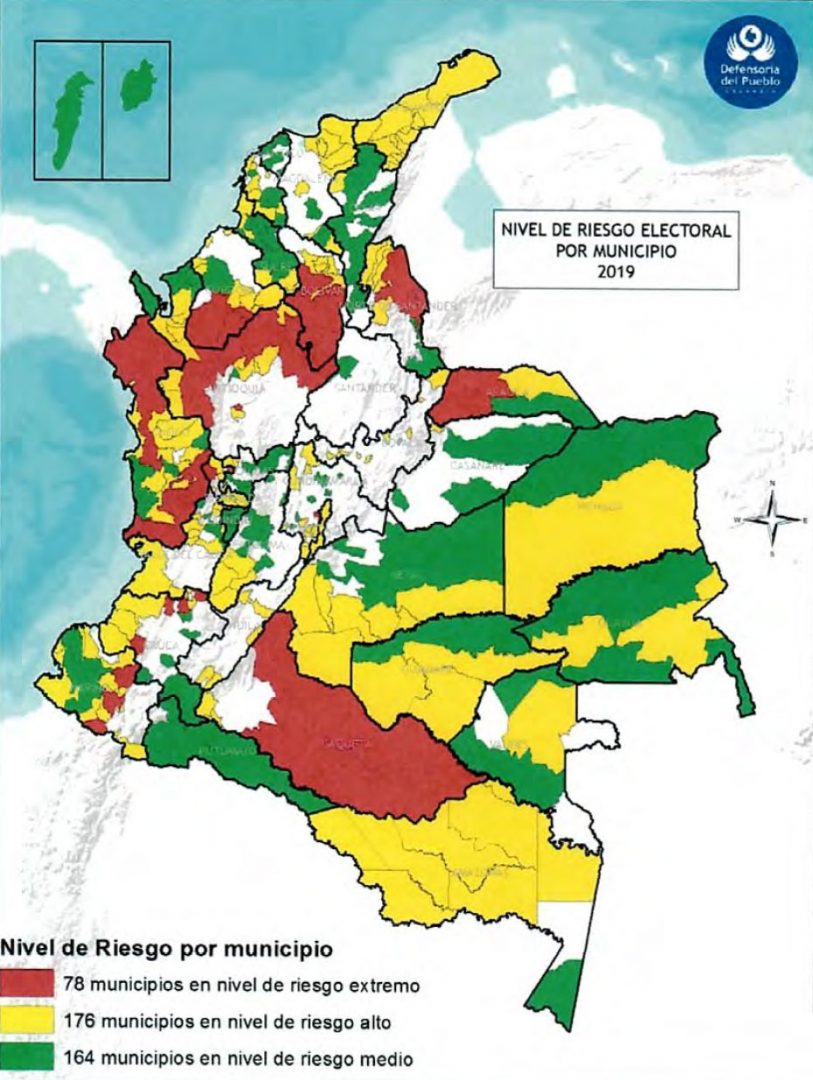 The ombudsman warning came days after the country was shocked by a brutal massacre in southwest Colombia in which a Liberal Party mayoral candidate was killed.

According to Negret, his office had sent out three early warnings about Suarez, the municipality where candidate Karina Garcia was murdered, including one warning about the extreme risk the Liberal Party candidate was running.

Among the cities at high risk of violent incidents are the capital Bogota and the country’s second largest city, Medellin.

The risk levels were determined on the basis of reports of armed conflict between illegal armed groups and the security forces, the presence of illegal economies like gold mining and coca cultivation and the absence of state institutions that could prevent violence.

According to Negret, “today there are no armed groups with the capacity to destabilize the elections,” but warned about the risk of violence that could target individuals like Garcia.

People at risk of violence

According to the independent Electoral Observation Mission (MOE), five candidates have been murdered over the past month.

Like the Ombudsman’s Office, the MOE has been monitoring political violence and has warned violence could increase as the October elections come closer.