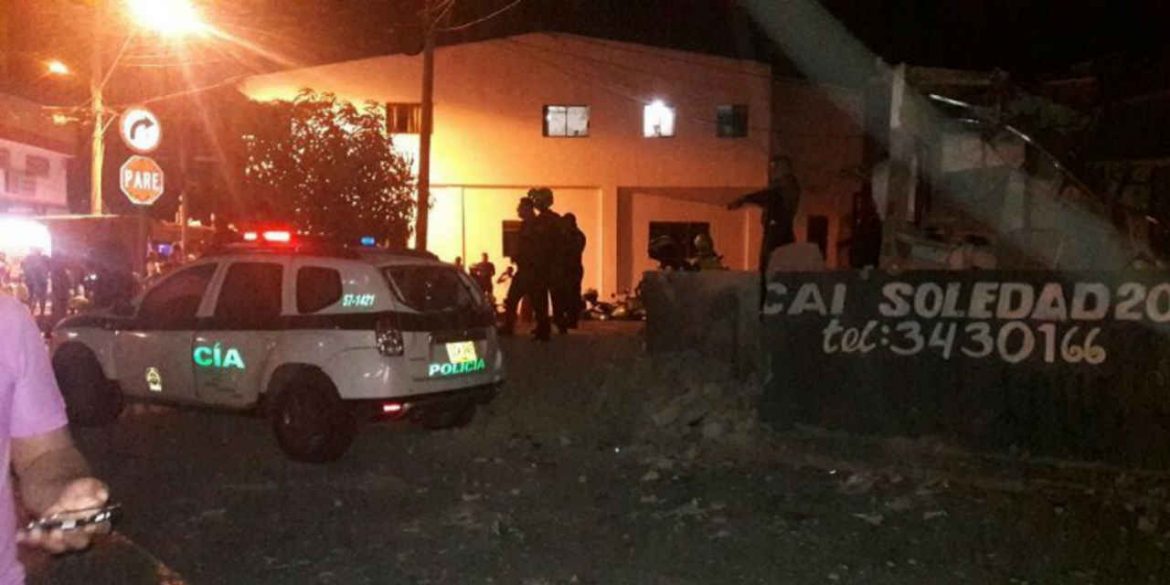 Colombia port city Barranquilla was rocked by a second terrorism attack on Sunday, less than 24 hours after two bombs killed at least five policemen and injured more than 40.

A third explosives attack on a police station was reported in Santa Rosa, Bolivar. Two policemen were killed in this attack on Sunday in a region where ELN guerrillas and AGC paramilitaries have been active.

The second Barranquilla attack took place at 4AM on Sunday morning in Soledad 2000, a neighborhood in the Soledad municipality that is part of Barranquilla’s metropolitan area, according to local newspaper El Heraldo.

Four policemen and one civilian were injured in the attack, El Heraldo reported.

The attacks targeting the local police force have shaken the port city like never before and are putting local law enforcement under unprecedented pressure.

Barranquilla has long been spared the extreme violence that has marked Colombia for decades.

Never before has the port city seen two terrorism attacks at only weeks before the carnival, the biggest cultural event of the year that drew almost 200,000 visitors last year.

Local police seem overwhelmed and have made contradictory statements about who is behind the attacks and why the police has come under attack.

Local authorities initially blamed a local drug trafficking group for Saturday’s attack. But on Sunday, Barranquilla police chief General Mariano Botero said that the two attacks seem to be related and that he suspected ELN guerrillas to be behind both attacks.

A ceasefire with Colombia’s last-standing guerrilla group broke down a few weeks ago. Talks to agree to a new ceasefire have yet to produce results.

Botero claimed that the second attack was perpetrated using a bomb similar to the two bombs used in Saturday’s attack. El Heraldo reported that locals saw two suspects on a motorbike throwing a grenade at the post.

This is a reprehensible criminal act, which goes against the efforts that the country has been making in its rejection of violence and different sectors’ ongoing work for a more peaceful and prosperous future.

Police were able to detain the alleged terrorist suspected of Saturday’s attack shortly after the bombing.

The 31-year-old suspect from Bogota was captured while watching rescue efforts. A cell phone and floor plans of the San Jose police station were found on the alleged terrorist.

Media initially reported that two suspects on a red motorbike had thrown an explosive artifact into the police station.

An $18,000 reward was offered for information leading to other suspects on Saturday’s attack.

President Juan Manuel Santos traveled to Barranquilla on Saturday to visit the injured policemen and vow reinforcements ahead of the carnival, which is held in February.