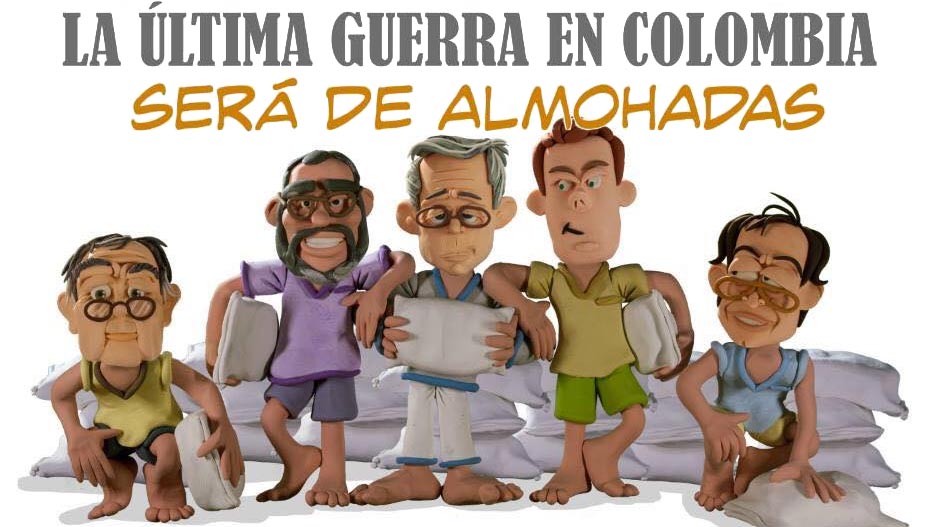 To support efforts to bring peace to Colombia after more than half a century of war, Mockus announced that on Thursday, 4PM he has scheduled to fight “Colombia’s last war, the pillow war.”

The pillow war is scheduled to be fought at the Plazoleta del Rosario in downtown Bogota, only a few blocks from the presidential palace from where President Juan Manuel Santos has been coordinating peace efforts.

Mockus irreverent proposal to fight the last battle with pillows is in stark contrast to the ongoing political debate over peace in Colombia.

While the conservative opposition led by former President Alvaro Uribe has called for civil resistance against a peace deal with the FARC, his successor has frequently implied Uribe and his supporters are “enemies of peace.”

Mockus, a mathematician and philosopher, has maintained a reconciliatory tone and distance from both Uribe and Santos, both likely to face war crime charges once a post-conflict transitional justice system is put in place.

The quirky former Bogota mayor ran against Santos in 2010, but lost. He has since been a staunch supporter of the peace talks and even offered to help the FARC form a political party if they decide to renounce violence as a means to obtain political goals.