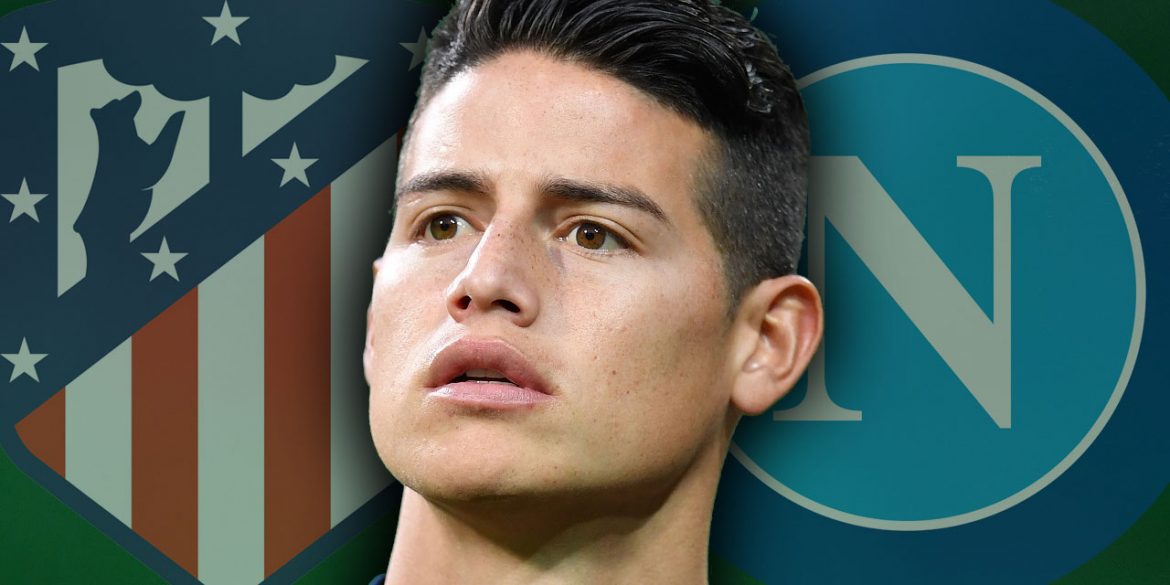 Colombia star James Rodriguez would prefer to remain in Spain and join Real Madrid’s city rivals Atletico Madrid instead of a reunion with former mentor Carlo Ancelotti at Italian side Napoli, according to Spanish sports outlet Macra.

Having returned to Real Madrid after a two-year loan spell with Bayern Munich, the Spanish side are desperate to offload the Cucuta-born attacker, whose relationship with manager Zinedine Zidane completely collapsed before he moved to the German giants.

James, who played a key role in Colombia’s recent Copa America campaign wants to play under Argentine coach Diego Simeone, according to Macra but the arrival of Portuguese attacker Joao Felix at the Estadio Wanda Metropolitano may temper Atleti’s interest.

Officials at Napoli are said to be desperate to land the Colombian play-maker with Goal.com reporting that the Italians are trying to sell three players in order to raise the funds as Real Madrid rejected the possibility of a temporary loan move.

Napoli president Aurelio De Laurentiis has severely criticized his Real Madrid counterpart Florentino Perez stating that “we don’t want to give in to Florentino’s unfair demands,” but the Italians are still set to press ahead with a move for the 28-year-old.

The Partenopei will attempt to offload striker Roberto Inglese who is set to move to Parma for a fee in the region of $22.5 million as well as Croatian Marko Rog and Brazilian Carlos Vinicius, who is also represented by James’s agent Jorge Mendes.

While Napoli struggle to round up Real’s $47 million valuation of the player, the major stumbling block for a move to Diego Simeone’s Atleti is likely to be Los Blancos reluctance to sell to their city neighbors.

After paying $141 million for Joao Felix, the question remains as to whether Los Colchoneros will be willing to stump up further for another attacking midfielder.

However, the departure of talisman Antoine Griezmann to Barcelona may encourage Simeone to delve into the transfer market once more to bolster his offensive options.

With Spain’s transfer market not closing until August 31, two weeks later than that of Italy, Atletico Madrid may monitor Napoli’s interest in the player further in a transfer saga that has an almost uncountable number of moving parts.

Rodriguez was snapped up by Real Madrid after top scoring at the 2014 World Cup in a $98 million deal, with the attacker enjoying an excellent debut season under Carlo Ancelotti scoring 17 goals and registering 18 assists in all competitions.

It was Ancelotti again, who swooped for James as manager of Bayern in 2017 but since the Italian was sacked, the Colombian has failed to capture any real consistency with the German giants.

Since his loan move to Munich in 2017, James made 43 appearances, scoring 14 goals overall.