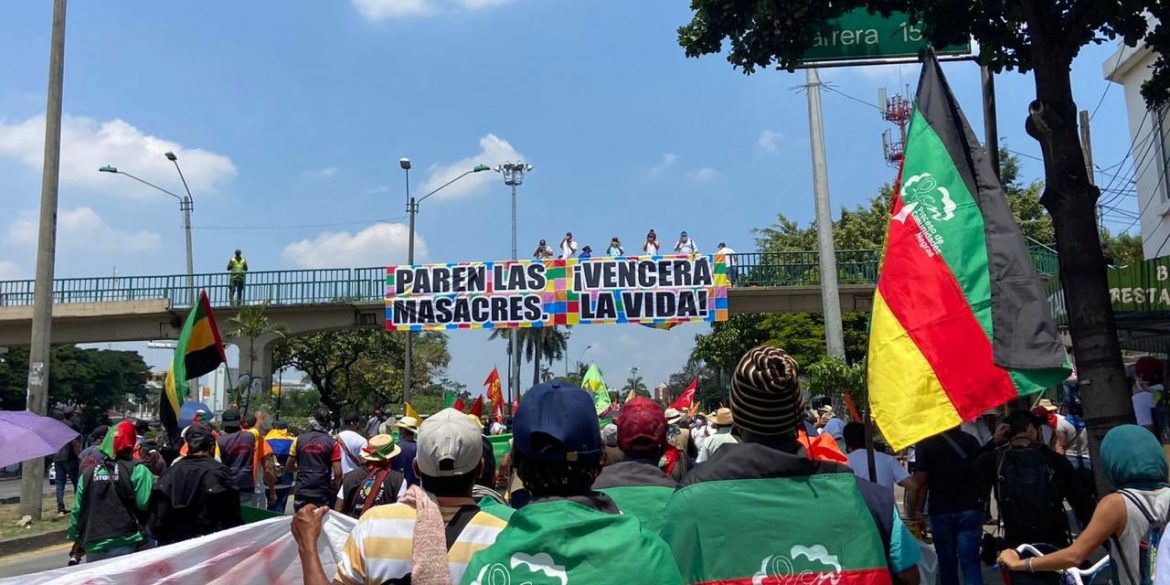 Thousands of native Colombians took to the capital Bogota on Wednesday in the latest escalation of tensions between indigenous peoples and President Ivan Duque.

The president has so far refused to personally meet with the indigenous leaders who demand action to curb the extreme violence their peoples have been subjected to and consider a genocide.

The indigenous leaders additionally demand the government acknowledges their autonomy over lands they were promised decades ago, but the government leased to sugar plantation owners.

The “minga,” as the native Colombians’ mobilization is called, puts Duque in a difficult position.

The indigenous demand the implementation of a 2016 peace deal with the demobilized FARC guerrilla group, which is fiercely opposed by the president’s far-right Democratic Center party.

Among the sugar plantation owners occupying indigenous land are members of Duque’s own government and the owner of RCN, one of the country’s two television networks.

In short, if the president effectively surrenders the indigenous’ land he would create division within his government and lose the support of the television network that has been most supportive of his administration.

If Duque agreed to implement the peace process, the government would lose support from the president’s own party.

To further complicate matters, the arrival of thousands of members of indigenous organizations in Bogota will take place only days before a national strike that has been set for October 21.

The indigenous organizations on their way to Bogota are part of the National Strike Committee together with student organizations and labor unions.

The leftist opposition in Congress supports all of the above.

The Supreme Court recently condemned the government’s violent crack-down of the largest anti-government protests in more than 40 years organized by the same forces last year.

Defense Minister Carlos Holmes Trujillo and the National Police are being investigated after police massacred at least 13 Bogota residents during protests last month after complaints by Mayor Claudia Lopez, informally the second most powerful official in the country.

Without the possibility to simply beat the indigenous out of Bogota, Duque’s refusal to talk to them will be difficult to sustain.