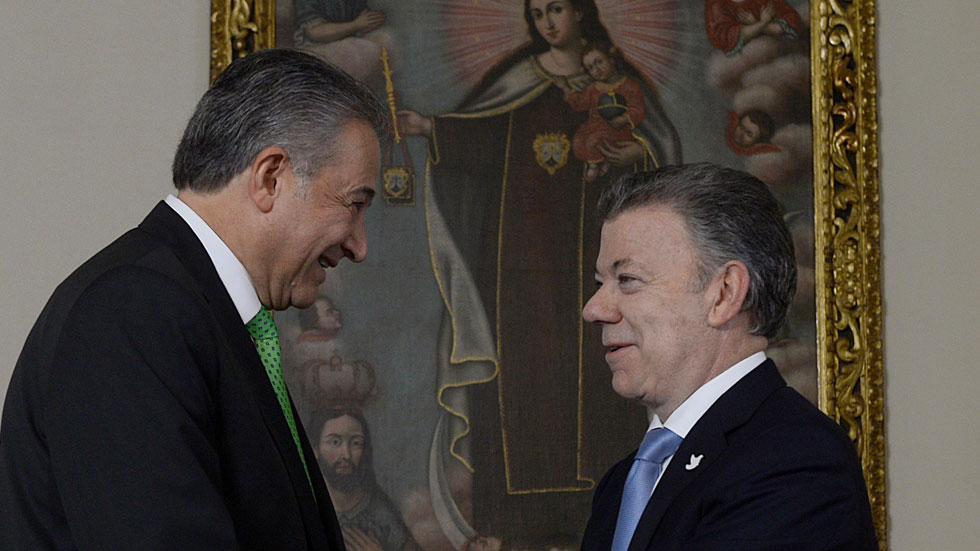 While Colombia’s resigned vice-president spent most his time cutting ribbons, the country’s incoming VP will work to curb increased coca cultivation and to improve public security, according to President Juan Manuel Santos.

“These aren’t easy tasks, general,” Santos said. “But we know we can count on the right person at the right time on the right mission.”

During the inauguration, Santos signed a number of decrees given the VP special privileges to support the Interior, Defense and Justice ministers with four priorities.

The major workload now on the shoulders of Naranjo are in stark opposition of Vargas’ job, which consisted mainly of inaugurating public works while preparing his 2018 election bid.

Unlike Naranjo, Vargas stayed far away from the peace process, that has been marred by a chaotic FARC demobilization and the killing of more than two dozen community leaders since peace came into effect on December 1.

The appointment of Naranjo, who was National Police chief between 2007 and 2012, is a major reinforcement for the peace process.

The new VP was directly involved in the peace negotiations and was temporarily appointed Minister Councillor for Post Conflict after that.

The VP will accompany Santos in his final 15 months of government.