Colombia has a number of powerful drug trafficking organizations, who have tried to take control of drug trafficking previously controlled by the country’s largest guerrilla group in modern history, the FARC.

All groups below claim to resort to drug trafficking for polarized political motives. Groups like the ELN and the EPL, for example, have been fighting the state under a communist banner for decades.

However, the prominence of these groups has been challenged by anti-communist paramilitary groups that formed in 2006, the year paramilitary organization AUC formally demobilized its last unit. 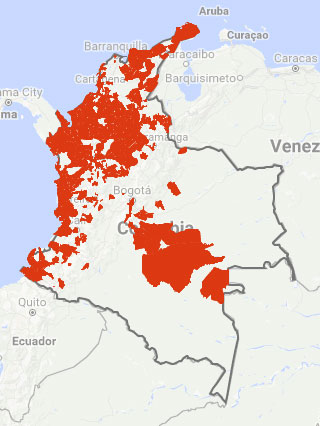 The Gaitanista Self-Defense Forces of Colombia (AGC) are by far the largest and most powerful of drug trafficking organizations in Colombia, controlling much of the most profitable link in the drug trafficking chain, export.

The paramilitary group is known as “Los Urabeños” by locals and called “Clan del Golfo” by authorities.

Since its formation at the order of AUC founder Vicente Castaño in 2006, the group has violently taken control of both the Caribbean and Pacific coast lines of Colombia, usurping most criminal rackets left vacant by the AUC.

This allows the group to control much of the naval export to consumption markets in North America and Europe, especially because of its control over Colombia’s main ports; Buenaventura on the Pacific coast, and Barranquilla and Cartagena on the Caribbean coast.

According to Police authorities, the group has grown from 250 to 3,000 members over the past decade. The AGC itself has claimed to have 8,000 members, “including informants” presumably in civil society, the military and politics.

The group is led by “Otoniel,” a former Medellin cartel assassin and mid-level commander of the AUC. The group has repeatedly requested to be included in Colombia’s ongoing peace process, but to no avail. 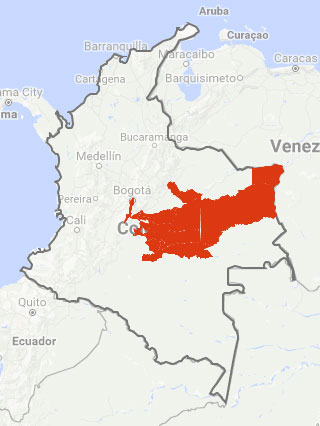 The so-called “Puntilleros” are really two paramilitary groups, the Bloque Meta and the Libertadores de Vichada. While not being the best of friends, both have been working closely with alleged drug lord Mauricio Pachon, a.k.a. “Puntilla,” arguably the most powerful narco pur sang in Colombia.

Puntilla, who was surprisingly released from jail only days ago, had inherited the fluvial routes from central Colombia’s coca fields to the Venezuelan border from “El Loco Barrera,” the “last of the great capos” who was arrested in Venezuela in 2012.

The groups were initially formed in 2006 as one group, ERPAC, by “Cuchillo,” who had worked alongside AGC founder “Don Mario” in the AUC’s Central Bolivar Bloc, officially commanded by Castaño.

While American and Colombian authorities made it increasingly difficult to traffic drugs directly from Colombia over sea or by plane to Central and North America, the ERPAC-controlled routes became increasingly lucrative.

Cuchillo died in a police offensive in 2011 and ERPAC split in two factions, but first El Loco Barrera and later Puntilla were able to prevent an all-out war that would be a major liability for the continuity of their business.

Additionally, the Venezuelan government’s anti-American stance and widespread corruption has made it increasingly easy to use that country as a hub for exports to both the United States, the world’s largest consumer of cocaine, and Europe, the world’s second largest consumer.

According to the National Police, the Puntilleros have no more than 300 men. While this number is likely higher, the remoteness of the group’s drug trafficking routes make it relatively easy to carry our major logistical operations without using many men. 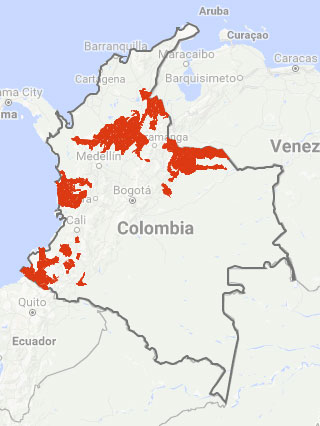 The ELN, Colombia’s last-standing guerrilla group, has long had a love-hate relationship with drug trafficking and, while playing an important role in the illicit economy, it shouldn’t technically be seen as a trafficker.

This doesn’t mean the group hasn’t become a major player in Colombia’s illicit drug trade, but primarily by offering protection to drug traffickers whose routes cross ELN-controlled territory in the east, north and west of the country.

While some regional drug trafficking groups can count on no more than a few dozen members, the ELN army is still estimated by authorities to consist of 1,500 men, making it the second largest illegal armed group after the AGC.

The guerrillas are currently holding peace talks with the government, but under enormous paramilitary pressure.

Over the past two years, the AGC has carried out major offensives along strategic drug trafficking routes under guerrilla control in both north and west Colombia. 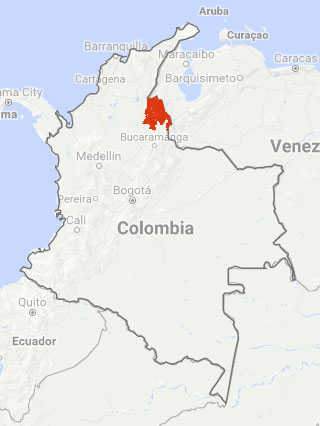 The EPL, called “Los Pelusos” by the government, is a dissident faction of the larger EPL guerrilla group that took part in Colombia’s armed conflict between 1967 and 1991.

Since announcing its dissent to the group’s demobilization in 1991, mid-level commander “Megateo” took control over Catatumbo, a lawless region strategically located along the Venezuelan border and home to major coca fields.

It took the national authorities almost 35 years to take down “Megateo,” who was killed by a sniper in October 2015.

Since then, the assumed 200 EPL members have been led by “Pacora.”

While exercising control in only a small part of the country, the sheer number of the EPL’s armed men per square mile give it almost absolute control over all criminal activity in Catatumbo.

Similar as with the Puntilleros, the EPL has increasingly been able to benefit from the weak Venezuelan state and the widespread corruption among members of Venezuela’s military and government-loyal civilian militias. 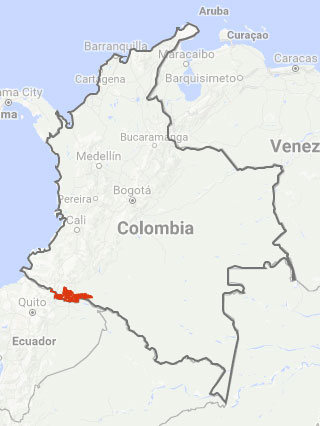 Exactly like the AGC, the Bloque Meta and the Libertadores de Vichada, La Constru formed in 2006 after Castaño’s order to rearm paramilitary forces.

The group is only active in the southern Putumayo and Nariño provinces, but that says little about the group’s impact on drug trafficking. The west of Putumayo is one of Colombia’s most important coca-growing regions and Nariño is where the Pan-American Highway connects Colombia and Ecuador.

La Constru is possibly the group that has benefited most from the FARC’s ongoing demobilization and disarmament.

While before the two groups divided control over drug trafficking activities along the jungly Ecuadorean border, the FARC’s abandonment of the remote region left it in full control of the paramilitaries.

Colombia’s Defense Minister said in November last year that La Constru had been dismantled, but was proven wrong after the group began an aggressive campaign to consolidate power in their area of influence in January.

La Constru is the only of aforementioned groups not considered a “Class A Organized Armed Group,” but a “Class B” group because of its limited territorial control. 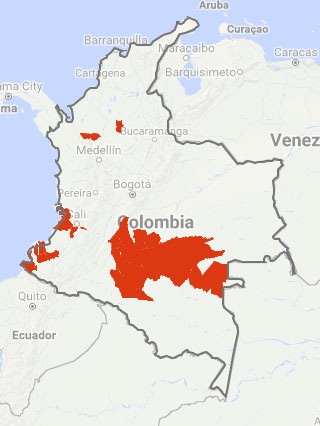 The FARC removed five units from the organization in late 2016 amid their opposition to the peace process. These groups have since tried to maintain power, particularly in the central coca growing regions in Guaviare and Caqueta.

Smaller factions have emerged in traditional FARC territory in Antioquia and Cauca.

Together, these groups have recruited more than 1,400 former FARC guerrillas and militia members, approximately 10% of the number of guerrillas demobilized in 2017.