Raising a baby hippopotamus is apparently similar to raising a puppy, according to a Colombian farmer living near the theme park that was once Pablo Escobar‘s private bestiary. 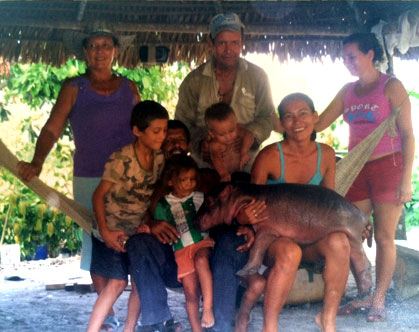 “They even follow you when you call them by their name,” said James Torres, a subsistence farmer-turned-hippo-sitter, according to a special report by Fusion magazine.

Torres began his peculiar role as a hippo-sitter because he lived close to Hacienda Napoles, a theme park that was once cocaine king Pablo Escobar’s private estate, replete with kangaroos, flamingos, elephants, rhinos, and, of course, hippos.

After Escobar’s death in 1993, many of the exotic animals were given away to zoos. However, two dozen hippos continued to live and mate on his former estate, thus creating the largest hippo population outside of Africa.

MORE: 5 things you wouldn’t expect to find in Colombia 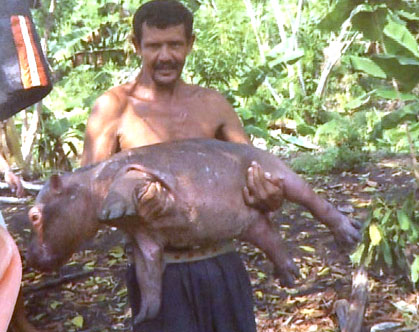 Torres occasionally helps out the theme park by taking in a baby hippo or two. He feeds them with a special milk formula provided by the park, reported Fusion magazine.

“It’s not like I can just take one when I feel like it. But when they need to take a hippo somewhere and require my services, I help them out,” said Torres, according to the same source.

The plan, at least in theory, is for zoos around the world to eventually adopt these baby hippos. However, hippo adoption in itself is a complicated issue as worldwide zoo demand for hippos is low, reported Fusion.

“I’d like to keep one for myself. But I couldn’t afford it, I have three kids and one of those animals eats as much as 10 children,” said Torres. 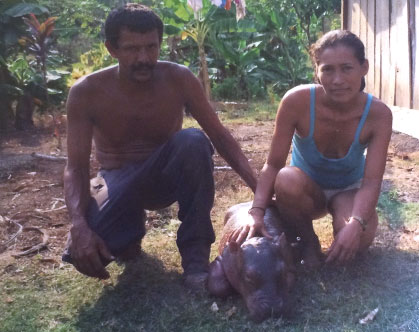 It is not known how many hippos exist in Colombia today, but experts estimate the figure ranges between 50 and 60, reported BBC World.

In 2009, one Colombian hippo met the same fate as his former protector, hunted down and shot by the authorities for posing a danger to the public.

The male hippopotamus, Pepe, and his female companion escaped from the ranch in 2006, freely roaming the wetlands near the Magdalena River and even reproduced in the wild. They were rarely seen and became something of a local legend until two journalists spotted them grazing 65 miles away from the ranch in 2009.

Colombia’s environmental agency ordered the animals killed, saying they were carriers of disease and posed a risk to local communities.