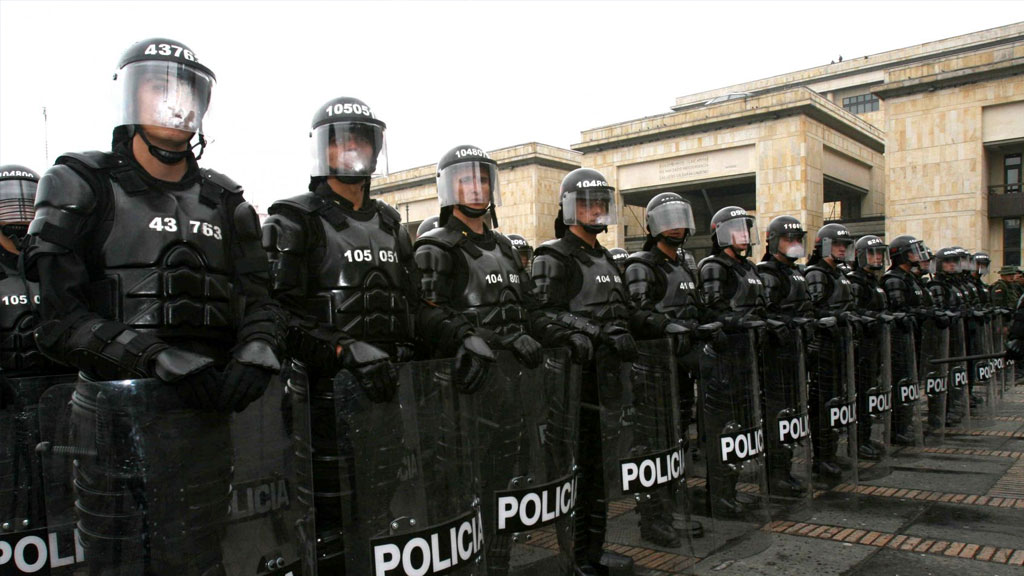 Colombia’s congress is debating whether to disband its ESMAD anti-riot police force following reports of excessive levels of violence against the public.

The calls for the dismantling of the police force comes amid increasing pressure brought about by consistent high levels of complaints from citizens about injury and deaths resulting from the actions of the squad in 2016.

“It is necessary that we disband ESMAD as we enter into the post-conflict phase very soon and there is no logical sense to end the war when there are murders committed during social protest as have already been committed,” said Inti Asprilla, representative to the Chamber of the Green Party in the first congressional debate on Thursday.

The demand comes amid reports from the Democratic Pole that six people have been killed by the force so far in 2016 with the Center for Research and Popular Education (CINEP) registering 448 cases of attacks on civilians by the squad between 2002 and 2014.

Of these 137 people were injured people, 91 correspond to arrests, 107 threats, 13 extrajudicial actions and two of sexual violence, among others.

“In 2016 there have been six deaths, more than 330 personal injuries, many arrests and abuse of authority by ESMAD requiring different management of social protest” said opposition House Representative Alirio Uribe (Democratic Pole).

The recent trucker’s strike put the actions of the anti-riot police in the spotlight and in his plea to have the squad disbanded, Asprilla recalled the death of Luis Orlando Saiz.

The death of 27 year-old Saiz who reportedly died as a result of being hit in the face by a high-velocity tear gas grenade during the strike in Boyaca led to an investigation by the Prosecution into the actions of ESMAD.

For his part, ESMAD director Colonel Gabriel Bonilla defended the permanence of ESMAD claiming that the police force is essential for maintaining peace and security.

“Unfortunately, there are minorities who do not know how to exercise their right to demonstrate peacefully and that is why the riots and blockades affecting free movement of Colombians are presented,” said Bonilla noting that investigations against the uniformed in that unit are being addressed promptly.