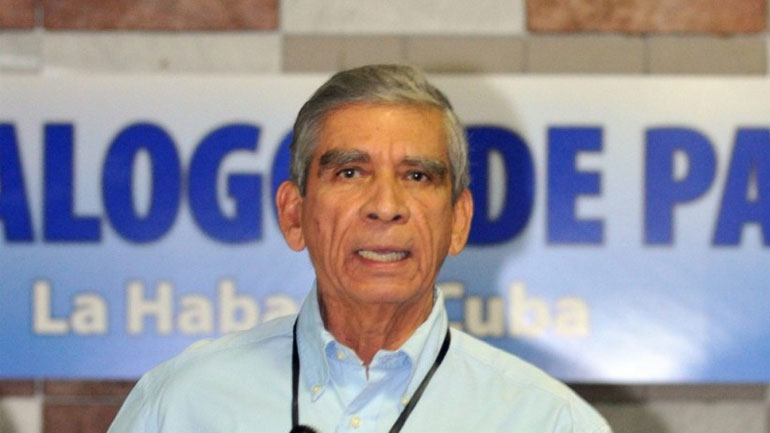 The FARC proposed demilitarized areas with a certain level of autonomy called Terrepaz to safely demobilize it fighters and begin the guerrilla organization’s transformation to a non-violent political movement.

However, the government couldn’t disagree more, according to General Jorge Enrique Mora, one of the government negotiators in Havana, Cuba where the talks are held.

“We have never considered a fragmented Colombia, it doesn’t fit in our imagination. It had not occurred to us,” Mora said.

According to the retired general, “the famous Terrepaz exist only in the imagination of the FARC.”

“We are not in the process of dividing the country or surrender ungovernable territories,” said Mora. “One the contrary,” he added.

While there will be designated areas for the FARC to concentrate its troops, the legal status of these zones is beyond negotiation, according to the government.

The retired general said that proposals like the demilitarized areas “simply reflect aspirations of the FARC that have no future.”

Instead, the government want the FARC to submit to a disarmament, demobilization and reintegration program with the guarantees that the rebels can safely form a political movement or party.

Since peace talks began in 2012, the FARC has published its proposals while the government has maintained almost absolute discretion about its proposals and demands.

The negotiation teams are currently negotiating the last two points on the agenda, “End of Conflict” and “Victims.”

The warring parties have challenged each other to agree to a bilateral truce before December 16 and have promised to sign a final agreement before March 23. Both parties later backtracked and said things might take a little longer.

If successful, the peace talks will end 51 years of armed conflict between what began as a Marxist insurgency and the state.

The conflict has left more than 260,000 dead and six million displaced.