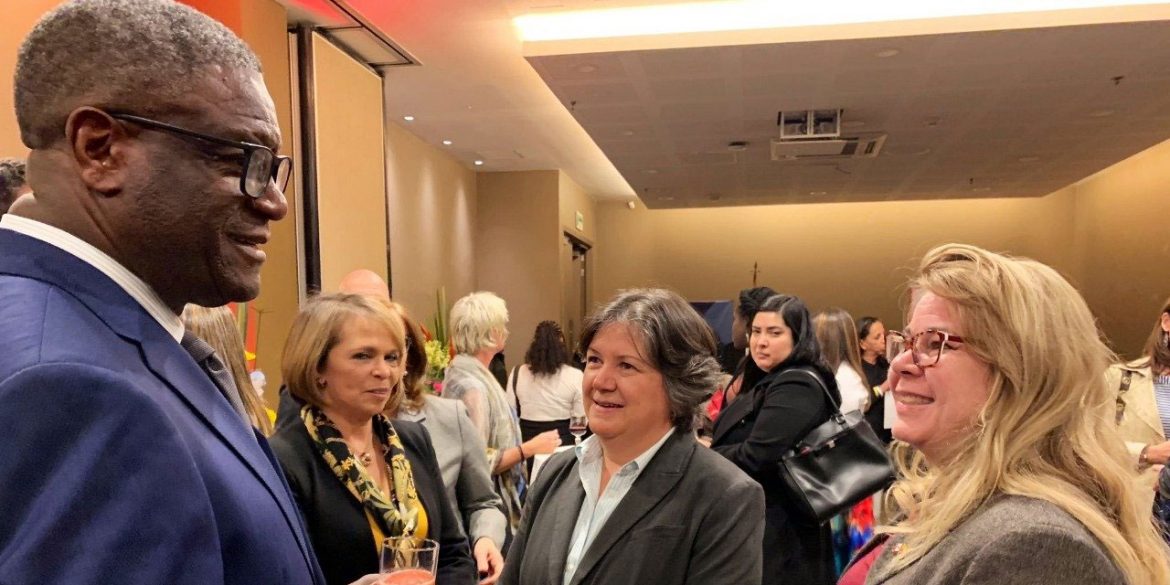 Denis Mukwege at an event hosted by the Canadian embassy in Bogota (Image: Twitter)
News

Colombia’s President Ivan Duque has come under fire for refusing to meet with Nobel Peace Price laureate Denis Mukwege who was on a five-day visit to support victims of sexual violence.

Mukwege, a physician from Congo, won the Nobel Peace Prize in 2018 for his “efforts to end the use of sexual violence as a weapon of war and armed conflict.”

The defender of victims of sexual violence arrived in Colombia on Wednesday, but was shunned by both Duque and Vice-President Marta Lucia Ramirez, who delegated the meeting with Mukwege to the presidential adviser for women’s equality, Gheydi Gallo.

While opposition leaders blasted the government, Mukwege said Friday that “I was invited by the Colombian people” while attending a forum for victims of sexual violence in the capital Bogota.

I was invited by the Colombian people and I am very happy and proud to be here, and to be able to be with the women who are part of the network of women survivors.

Duque’s refusal to meet with the Nobel Peace Prize laureate comes amid growing tensions between the government, Congress and the international community over the country’s peace process.

The president’s far-right Democratic Center party is the most vociferous opponent of the process that seeks to end more than half a century of armed conflict between leftist FARC guerrillas, the state and paramilitary groups.

According to the National Center for Historical Memory (CNMH), more than 15,000 people were raped during the conflict. More than 90% of the surviving victims are women.

The CNMH’s 2017 report “The War inscribed on the Body” revealed that justice was served in only 8% of the cases of sexual violence committed by one of the many armed actors.