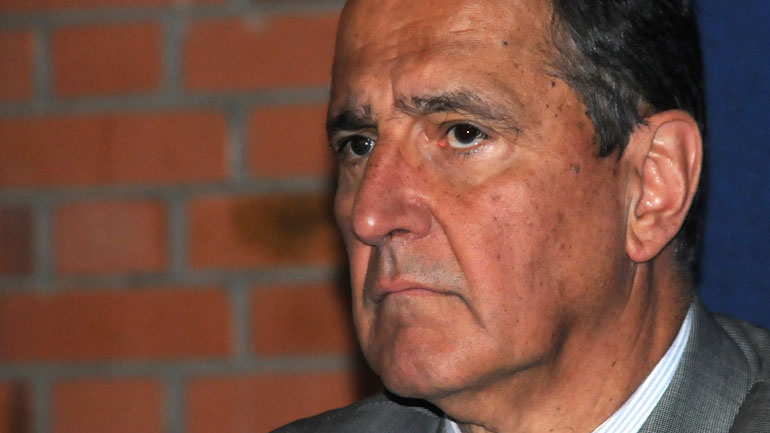 Colombia’s government is far from prepared to execute a pending peace agreement with the FARC rebel group, according to the former agriculture minister who helped draft a rural reform deal with the guerrillas.

Former Minister Juan Camilo Restrepo said Wednesday that the government cannot deliver the land reform measures agreed upon in the peace talks with the FARC.

Restrepo was Minister for Agriculture during the early negotiations on agricultural reform and land redistribution at the peace talks in Havana with the left-wing rebel group.

After 18 months of negotiating, an agreement was reached and Restrepo left the government.

Since then, he has grown increasingly worried about the state’s lack of preparation for the execution of the deals, particularly the one he helped draft.

“If today the peace agreement is signed by the State does not have the tools to get them started or to comply with the agreement,” the former Minister said at a forum organized by weekly Semana.

Referring to the agreement on land, Restrepo said that a land bank was established to be distributed to 250,000 peasant families. However, the organization responsible for its management is now in liquidation. The two entities that will replace its functions have yet to be installed.

“They have lost two years work.  More than 18,000 agrarian processes over land abandoned by the state are on hold. And just four weeks before the signing of the peace agreement,” said Restrepo.

Land reform was a key point of contention throughout the talks as both sides seek to put an end to one of the oldest internal armed conflicts in the world of which inequality in the countryside is one of the root causes.

This perhaps why Restrepo criticized the failure to include provision for land reform in the 2016 budget.

He said that providing suitable resources to implement the reform in the first year is particularly important.

“In a process that will keep the country occupied for between 10 and 15 years, the first year is crucial and must set the tone,” according to Restrepo.

Another concern of the former minister focuses on the ambiguity surrounding the reparation of victims, which has been at the heart of the peace process.

For example, the responsibility for the reparation of victims has remained vague, leaving questions about whether the government and the FARC will end up fulfilling the promises made to victims.

“If this is not clarified soon, it could be a giant bomb. If the FARC have said they have no way to repair, then who will? There are many issues lacking clarification,” warned the former minister.

The administration of President Juan Manuel Santos and the leadership of the FARC are expected to be just months, if not weeks away from signing a peace agreement.

Such peace agreement would end the rebels’ 51-year war against the state that has left more than 260,000 Colombians dead and millions displaced.

It will also mark the beginning of a post-conflict peace process that seeks to improve conditions on the countryside, improve conditions for leftist forces like the FARC to take part in politics, and secure the demobilization and disarmament of the hemisphere’s longest-living rebel group.