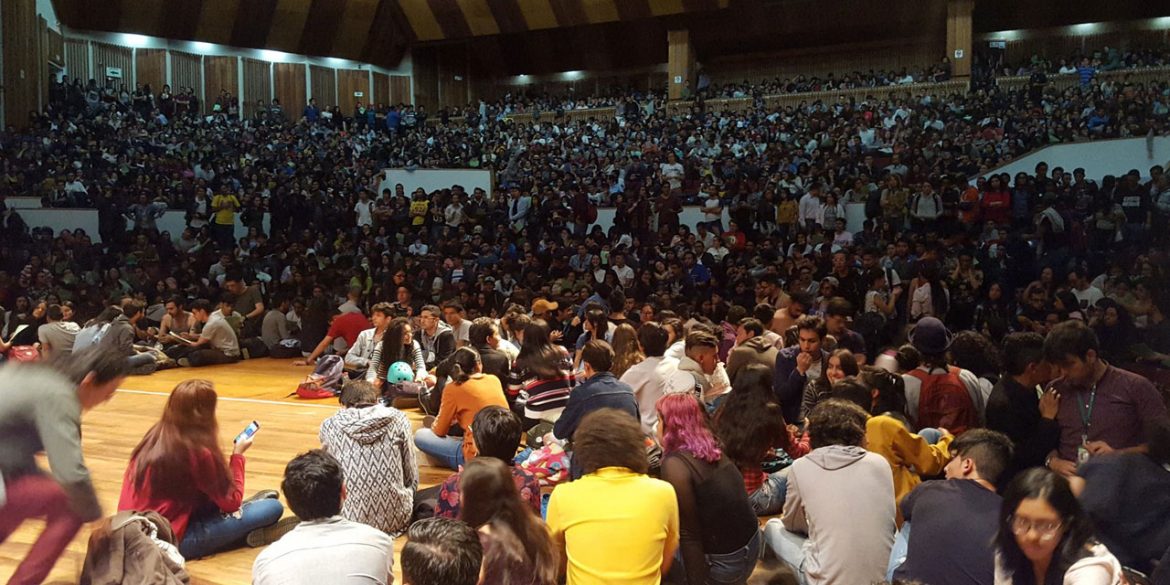 Striking students have been holding massive protests and meetings over the past few weeks. (Image: UNEES)
News

Colombia’s government and students agree to talks over education budget

It took the two opposing parties almost nine hours to agree to a roundtable at which the administration of President Ivan Duque and student union.

Students, supported by teachers and some parents, want the government to reassign almost $1.5 billion (COP4.5 trillion)  from the national budget to adequately fund universities.

Duque last week said he would gradually increase the budget for education to $500 million (COP 340 billion).

At least eight public universities throughout the country have gone on strike. For the third time this month and this time dressed as zombies, students took to the streets in multiple cities on Wednesday in an attempt to force the government to concede.

The students said on Twitter that the government’s agreement to direct negotiations between Education Minister Maria Victoria Angulo and student union UNEES was a “great victory.”

The negotiations will begin on Thursday at the education ministry in Bogota.

The formal goal of both parties is to “know, process and resolve joint petitions and programmatic developments presented by students and university professors in the midst of current mobilizations.”

The national strike and student marches are similar to those held in 2011 when students protested against the privatization of public education services.

When Uribe was president between 2002 and 2010, student marches were often met with police violence and strikes were imposed by illegal armed groups that had infiltrated public universities.

With the exception of a few cases of vandalism, last week’s marches were peaceful. At the end of multiple of the marches, students and riot police even shook hands.