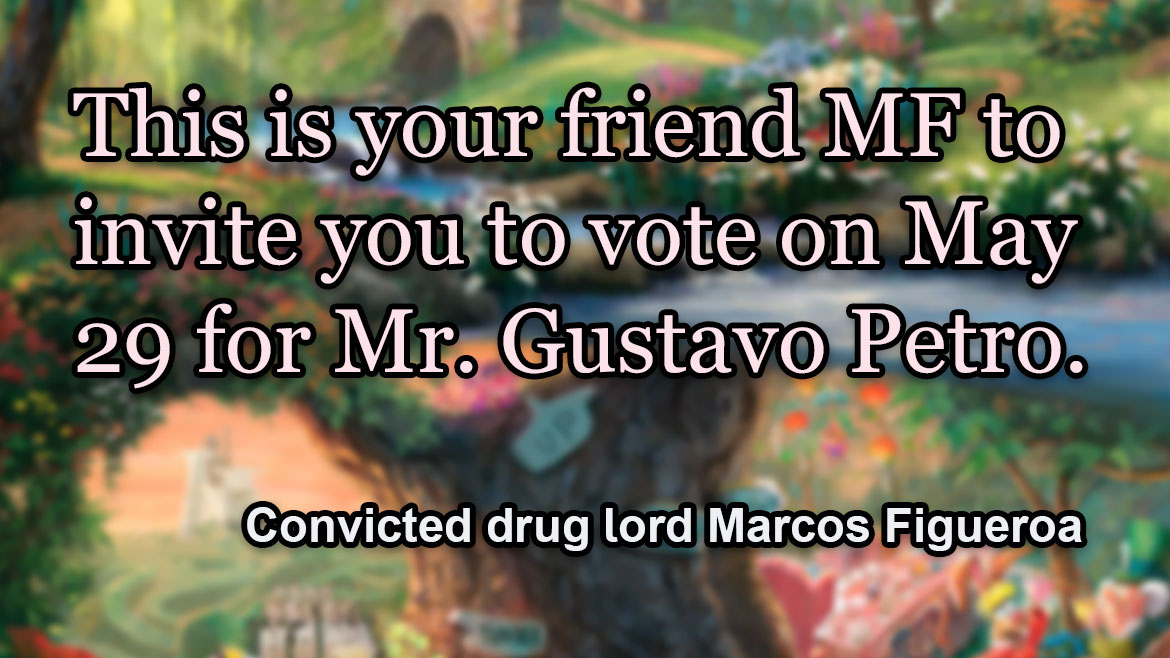 Evidence suggests that "Picota Plot" may be another dirty campaign trick

Colombia’s election campaign got dirty after frontrunner Gustavo Petro was accused of making a deal with jailed politicians and a drug lord.

Petro claimed that he and his brother Juan Fernando were the victim of a dirty campaign trick that sought to undermine the progressive senator’s presidential aspirations.

How the scandal broke

Petro’s brother works for the Interchurch Foundation Justice and Peace (CIJP), a human rights organization that has been promoting restorative justice for victims for years.

This justice system is the basis of Colombia’s war crimes tribunal and basically seeks to address the needs of victims rather than just incarcerate their victimizers.

Petro has been promoting a similar concept, a “Social Pardon,” which would allow convicted state officials to seek reduce sentences on the condition they tell the truth and repair their victims.

The candidate’s brother and another CIJP member were invited to visit La Picota on April 8 to discuss the concept of restorative justice to convicted politicians who in the Bogota prison.

Five days later, corporate radio station RCN released a recording by Marquitos Figueroa, in which the convicted drug lord called to vote for Petro and promoted his “Social Pardon.”

Later that day, corporate television network Caracol showed an anonymous WhatsApp message of an inmate who claimed that the CIJP representatives had invited the convicted politicians to promote Petro’s candidacy.

Visitor logs provided by prison authority INPEC showed that the CIJP commission was in La Picota for as many as six hours.

“They had lunch there and everything,” another one of Caracol’s anonymous sources said.

The CIJP confirmed the visit to La Picota, but stressed that they only talked to the politicians about their restorative justice campaign.

According to the NGO, they had been invited to the Bogota prison by Pedro Niño, the defense attorney of one of Figueroa’s main allies.

An policeman who is incarcerated in La Picota told independent news program Noticias Uno on Friday that the same lawyer distributed a letter about Petro’s “Social Pardon” plan to inmates on March 23 already.

The candidate denied knowing anything about the unsigned letter that was written in first person.

Niño denied distributing the letter or trying to set up Petro in an interview with Noticias Uno on Saturday.

Both suggested that what they called “the Picota Pact” proved that the front runner was corrupt, which it didn’t.

Gutierrez and Fajardo reluctantly backed off a bit after the evidence and testimony revealed by Noticias Uno suggested that the entire scandal was a hoax.