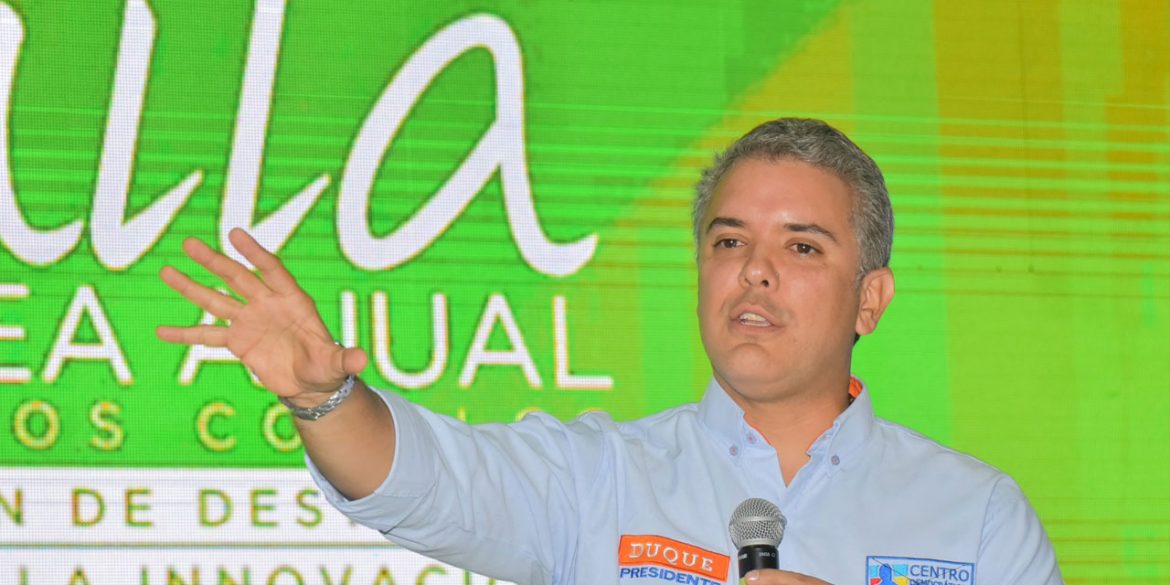 The front-runner in Colombia’s election race, Ivan Duque, vowed Wednesday he would end peace talks with ELN rebels also if a ceasefire is agreed.

Duque, who has opposed all efforts to end the country’s more than half-a-century armed conflict, said he would only negotiate with the 54-year-old guerrilla group if they agreed to cease all activity and concentrate their troops.

The administration of outgoing President Juan Manuel Santos has been negotiating frantically to agree to a bilateral ceasefire ahead of the second presidential election round on Sunday.

According to Santos, this would leave his predecessor in a position to successfully negotiate the group’s demobilization, disarmament and reintegration.

But Duque, who has the support of some of Colombia’s most radical politicians, said he will end formal negotiations that began in February last year. Furthermore, he implied he would unilaterally end a possible bilateral ceasefire.

Like his political patron, former President Alvaro Uribe, Duque demands that the ELN abandon the territories under their control and concentrate their forces in one place.

Only then the conditions are set for talks, according to Duque.

This proposal was rejected by the ELN when Uribe tried negotiating peace talks 15 years ago, but failed.