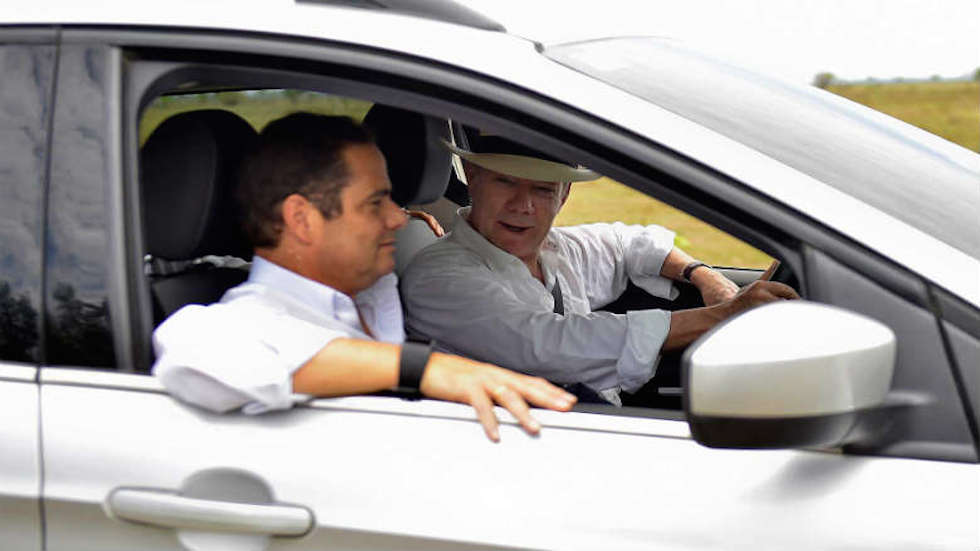 The move by Vargas, whose electoral influence helped President Santos win the presidential election in 2014, appears to be motivated by Vargas’ own aspirations to the presidency in the 2018 elections.

On Monday night in a Senate committee vote on Colombia’s new war crimes tribunal, five Radical Change senators under the direction of Vargas refused to vote to approve the transitional justice system.

The Nobel Peace Prize winning president thinks Murillo has demonstrated a commitment to the peace process and also represents Afro-Colombian minority populations, according to Semana magazine.

After his resignation, Pumarejo, who held the Housing Minister position for less than two months, tweeted that he is selling “ties and suits, hardly used. 50% off!”

German Vargas, the defacto leader of the Radical Change party, first served as President Santos’ housing minister from 2012-2014, and then as Vice President until he left the position in March of this year to run for president.

Vargas’ decision to leave the government-led coalition at such a crucial time for the peace process with the FARC is a political gamble, according to national media.

By abandoning support for key elements of the peace process, Radical Change joins only the hard-right opposition party, Democratic Center, led by former President Alvaro Uribe, in opposing the process.

Vargas is reportedly hopeful that he can capture some of Democratic Center’s more moderate conservative base. At the same time, the former Vice President will distance himself from President Santos, whose favorability rating has hovered just below 20% this year.

As long as the political discourse surrounding the 2018 presidential elections is focused on combating corruption, Vargas knows his party, which has a historically high number of elected and appointed officials with corruption charges, has little chance.

The former Vice President is hopeful that he can instead captivate voters by denouncing the former rebel group FARC.

Other members of the government-led coalition, meanwhile, are unhappy with the exit of the Radical Change.

“After six years of working with the Government, trying to destroy the backbone of the peace process is an unacceptable act. For now, we must continue working with those who want to see a different country,” Senator Roy Barreras told Semana newspaper.

“The national government has demonstrated that it doesn’t have leadership,” commented Senator Armando Bendetti.

The government “has been incapable of resolving the political crisis. I predict this will only get worse” during the vote for the war crimes tribunal in the full senate, he added.

While Santos embarked on peace talks with the FARC, Vargas remained out of the spotlight, carefully distancing himself from the process that, among other things, ultimately cost Santos much of his popular approval.

Vargas decided against running for president in 2014 when peace talks with the country’s largest rebel group, the FARC, were ongoing. Instead, he became Santos’ running mate.

As Vice President,Vargas embarked on a controversy-free ribbon-cutting spree while steering clear of unpopular policies spearheaded by the current president, patiently awaiting his turn until the successful end of the peace talks.

The 2018 elections are the first to take place after a peace process with the FARC began December 1 last year. For Vargas, these elections are his best chance to obtain the job he has worked towards for decades: President of Colombia.