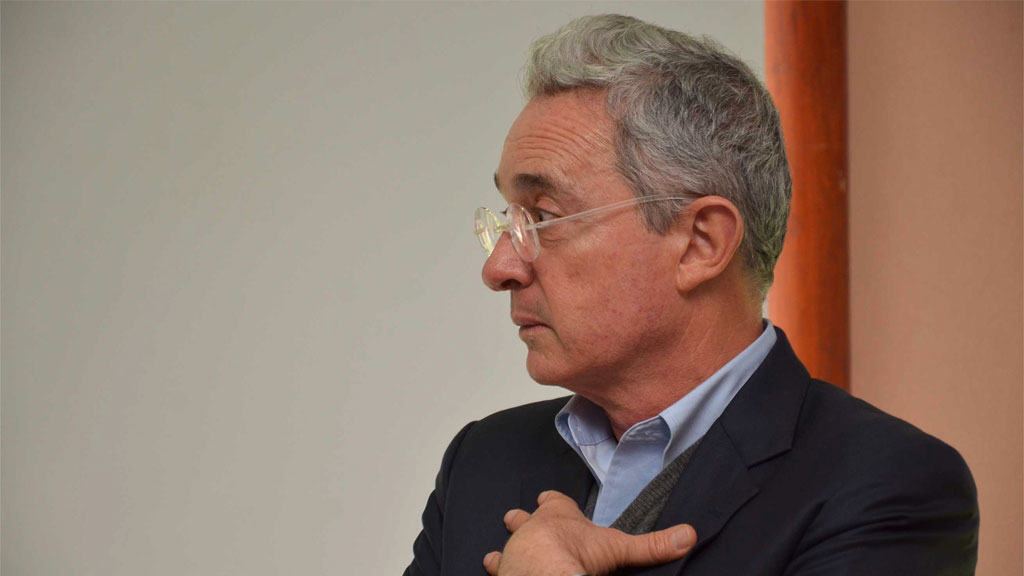 The Comptroller General’s report, which compiled evidence from between 2013 and 2015, highlighted 33 cases of alleged irregular accumulation of uncultivated land covering an area just over 123,482 hectares.

Among those who are accused of excessively expanding their land properties are Uribe, Agriculture Minister Aurelio Iragorri and his predecessor, Ruben Dario Lizarralde.

Colombia’s former ambassador to Washington DC resigned in 2013 after being linked to similar cases of land grabbing.

Colombia’s ambassador to US implicated in land theft scandal

In the case of the former president, the Comptroller General claimed Uribe’s “El Uberrimo” in the Cordoba province is one of the estate that has expanded beyond the legal limits.

Minutes after the report was published, the former president and current hard-right opposition leader tweeted: “It is very easy to investigate ‘El Uberrimo’ because I have no front men and the deeds have been in accordance with the law.”

Uribe’s problem with the law, however, is not related to deeds, but to the ignoring of legal limits put in place to prevent the excessive concentration of land, one of the causes of Colombia’s 53-year armed conflict.

Distribution of land in Colombia is hugely unequal. Approximately 0.4% of the population owns more than 52% of Colombia’s best farmland, according to US AID, the United States’ humanitarian agency.

Colombia’s armed conflict aggravated this phenomenon as 15% of Colombia’s national territory illegally changed owner, mainly because of the forced displacement of some 7 million Colombians, mainly by paramilitary groups.

Large landowners like Uribe, major companies and multinationals subsequently were able to cheaply buy the land abandoned by the displaced, often with the help of paramilitary death squads and corrupt land officials who unduly legalized deeds of abandoned land.

Uribe’s family has been accused of having ties to paramilitary death squads for decades. His cousin has already been to prison while the former president’s brother is in jail awaiting trial for allegedly forming his own paramilitary group.

Following a peace agreement with Colombia’s largest rebel group, the FARC, the administration of of President Juan Manuel Santos is forming a 3-million-hectare land fund that would allow displaced farmers to either go home or have farmland returned they had lost in the war.

This rural reform is supposed to be executed by Iragorri, the agriculture minister accused of having expanded his own rural properties to the extent that it became illegal.

Large swathes of land belonging to the state have already been earmarked for the poor as part of the land redistribution project. However, those who illegally acquired land, exceeded in land acquisition or are now the legal owners of property registered as stolen may have these lands expropriated.

Uribe has been among the most vociferous opponents of the ongoing peace process and has explicitly opposed the expropriation of land, apparently not entirely without self-interest.