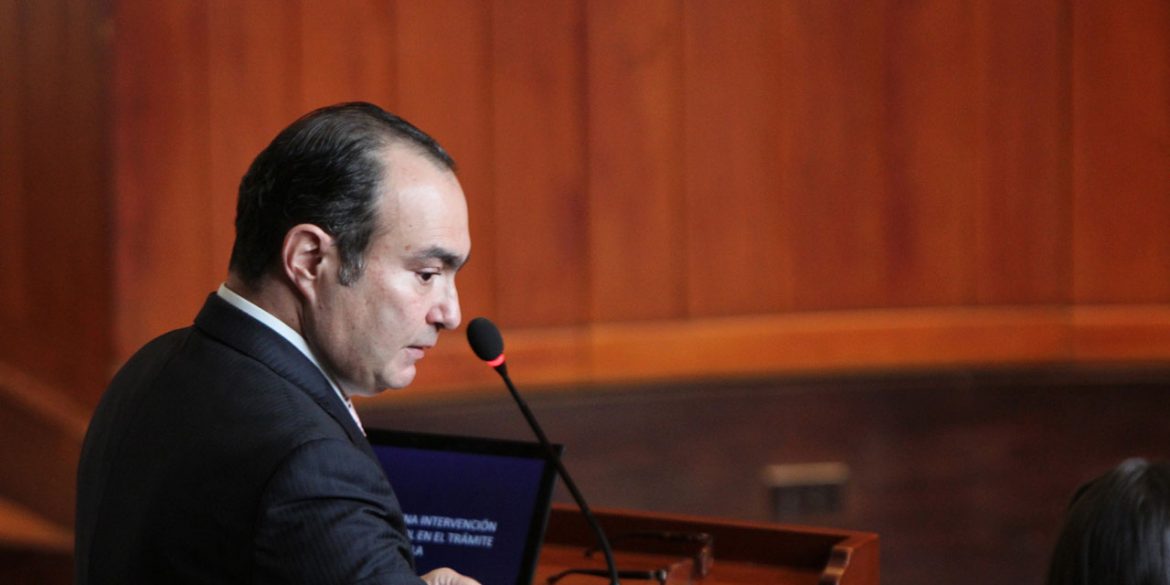 Colombia’s Supreme Court sentenced a former Constitutional Court president to six and a half years in prison on Wednesday for allegedly asking a $150,000 (COP500 million) bribe from an oil company.

The former magistrate was not arrested, however, because Pretelt’s defense attorney said he would challenge the decision before the high court’s appeals chamber, claiming his client was innocent.

The former Constitutional Court president had already been convicted for his alleged corruption in April, three years after this came to light.

In 2015, magistrate Mauricio Gonzalez accused the former court president of asking Fidupetrol for the bribe in return for promising that the court would revoke a fine imposed on the company by a lower court.

Pretelt initially refused to resign but was ultimately forced to after which Congress approved a Supreme Court investigation against the top justice official.

The former Constitutional Court president is the first magistrate of that court to be sentenced to prison since Colombia’s current justice system came into force in 1991.