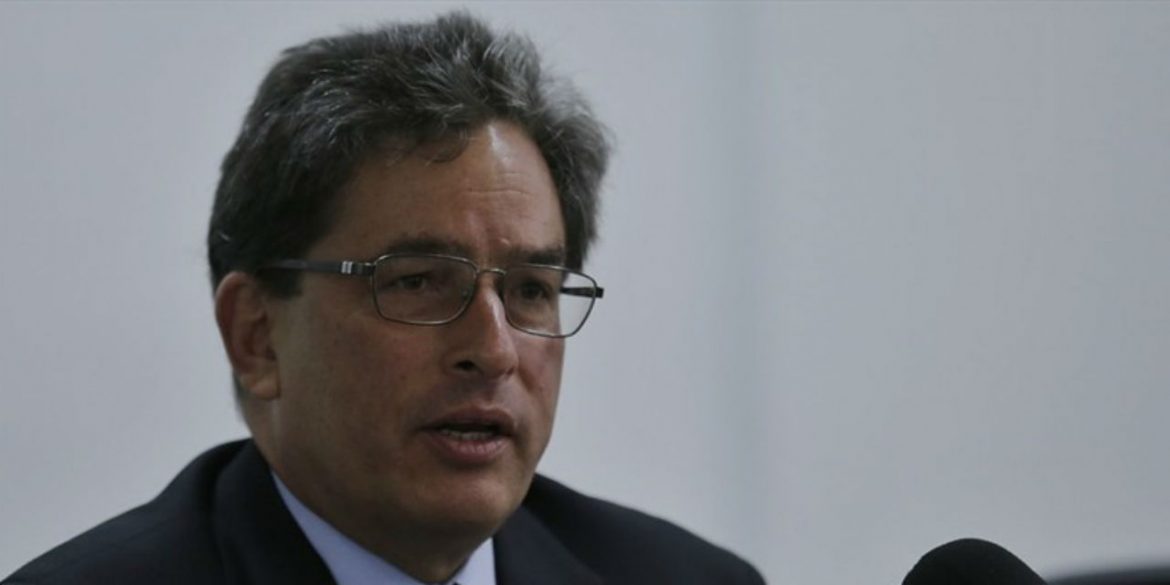 Colombia’s Finance minister on Monday refuted claims that he abused his position for personal profit false, saying that he did not use a scheme to “defraud the authorities.”

Alberto Carrasquilla was accused of using a law he helped put in place himself to rip off Colombian municipalities and reap a $5 million profit in a column by journalist Daniel Coronell.

In a point-by-point release Monday, the investment banker-turned-politician denounced the story, saying “I did not enrich myself with the issuance of the so-called ‘water bonds.'”

“To say that the municipalities were impoverished,” Carrasquilla said, “when in reality for the first time in history they were able to build the infrastructure to provide drinking water to their populations, is a fallacy.”

The 2007 law allowed municipalities to sell “water bonds,” or bonds on public services like water. The program allowed local governments — 10% of all the country’s municipalities — to amass such debt that the national government had to bail them out, paying the Panamanian investment firm Carrasquilla co-founded to do so.

In response to theaccusatios, opposition Senator Jorge Robledo called on Carrasquilla to explain the situtation to Colombian congress.

Carrasquilla said that each municipality was responsible for the managing and executing of their own bonds and that the work his company, Konfigura Capital, did was legitimate.

But Robledo said not imposing any financial limitations on the bonds and then charging inflated interest rates, was technically legal, but corrupt.

“They were telling the mayors: Look, spend the money the way you please as other mayors will be paying it back over the coming 20 years,” Robledo said.

“The municipalities ended up virtually bankrupt. This might be legal but it is based on corruption,” he added.

The minister’s business partner, a Peruvian politician, is currently being investigated in his home country for over 17 cases of alleged corruption, according to Coronell’s report.

Carrasquilla himself came under fire in 2015 when he was exposed by the Panama Papers for funneling financial assets to offshore tax havens.

In August, the finance minister got even more heat after he proposed taxes that would disproportionately affect the poor and low-income workers.

Robledo set aside time on September 18 to debate a Congressional response to the the allegations against Carrasquilla. The minister said he would attend “with pleasure” to clarify the situation.