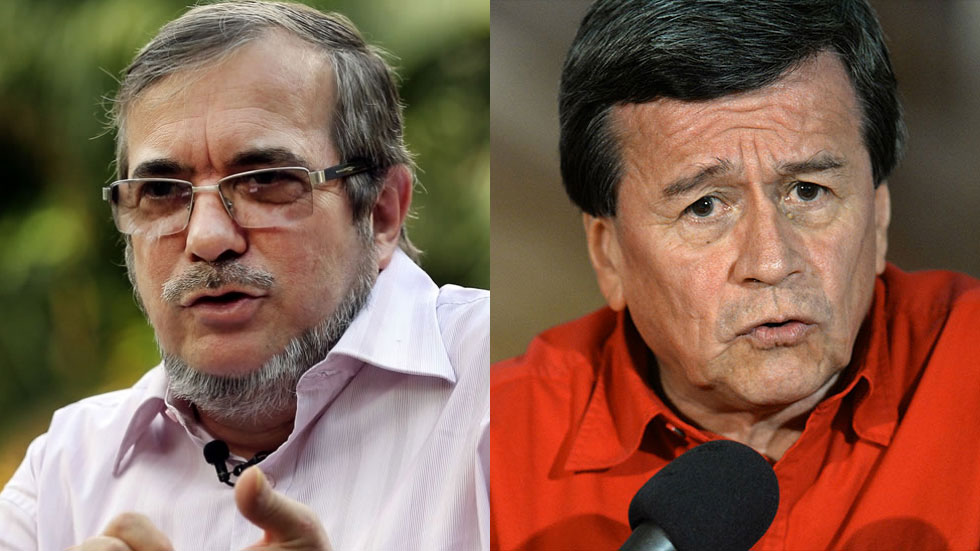 Colombia’s FARC rebels return to Cuba, this time to talk peace with ELN

The meeting in Havana will be supervised by representatives from Norway, Ecuador, Brazil, Cuba, Venezuela and Chile, the guarantor countries of ongoing peace talks between the administration of President Juan Manuel Santos and the ELN.

“The meeting takes place with the authorization of the national government to allow an exchange of experiences between the negotiation tables as well as the development of the implementation of the signed agreement with the FARC,” the office of Colombia’s High Commissioner of Peace, Sergio Jaramillo. said in a press release.

The Red Cross will be in charge of transporting the FARC’s leaders from the demobilization, disarmament and reintegration camps they have been staying and the ELN leaders from the Ecuadorean capital of Quito where peace talks with the government are held.

Havana was the host of peace talks between the Colombian government and the FARC that was held between 2012 and 2016.

Without specifying the date of the rebel summit, the Colombian government said it had postponed the next round of talks with the ELN from May 3 to May 10.

More details about the meeting would be made public in the coming days, the government said.

The Colombian government began peace talks with the ELN on February 7, a little more than three months after signing peace with the FARC.

Both groups have been fighting the Colombian state, and at times each other, since 1964 in a drug-fueled armed conflict in which numerous guerrilla and paramilitary groups have taken part.