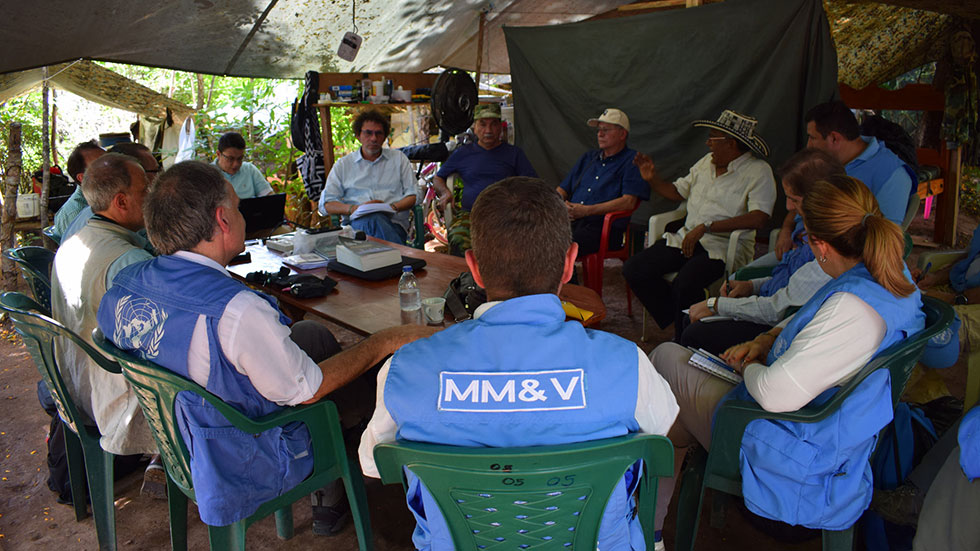 Colombia’s largest rebel group, the FARC, has begun the final stage of their disarmament process as agreed, in spite of major concerns over a bomb attack in the capital Bogota on Saturday, the United Nation confirmed.

In a press statement, UN Colombia mission chief Jean Arnault said that the country’s oldest and largest rebel group had begun its third and final stage in the disarmament process of the Revolutionary Armed Forces of Colombia (FARC), which began in March.

UN officials have collected a total of 60% of the group’s weaponry, about 4,200 arms, in secured containers.

According to the latest revision of the timeline, all the group’s arms and weapons caches will be in control of the UN by August 1, the international observation mission confirmed.

The final deadline for the disarmament procedure was postponed on Sunday after a surprise bomb attack on a Bogota shopping night that killed two Colombian citizens and one French citizen.

Accompanying Arnault was the UN’s Under-Secretary General of for Political Affairs Jeffrey Feltman from the United States, who flew to Colombia after the deadly terrorist attack that had put the peace process under unprecedented stress.

Before joining the United Nations, Mr. Feltman served for nearly thirty years in the United States Foreign Service, focused especially on the Middle East and North Africa. His last position was as Assistant Secretary of State for Near Eastern Affairs, from which he retired at the rank of Career Minister. Mr. Feltman served previously as United States Ambassador to the Republic of Lebanon, and held earlier diplomatic postings in Baghdad, Erbil, Jerusalem, Tunis, Tel Aviv, Budapest, and Port-au-Prince, as well as with responsibility for coordinating US assistance to countries of Eastern and Central Europe. 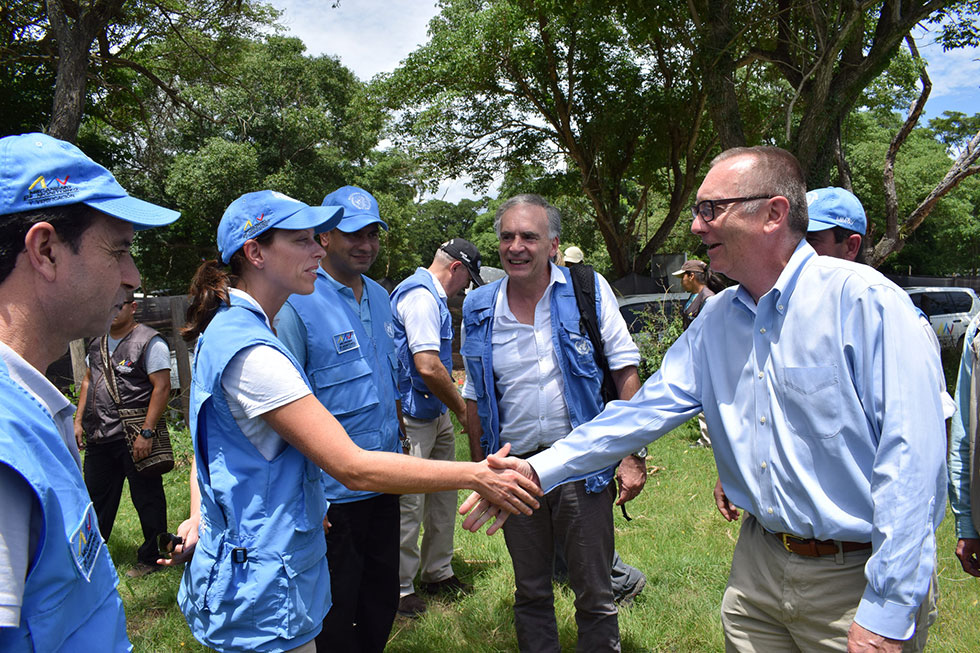 UN Under-Secretary-General for Political Affairs Jeffrey Feltman arrives at the ceremonial beginning of the FARC’s disarmament round.

Saturday’s attack came after a series of incidents that already spurred the UN Security Council to urge measures to curb post-FARC violence that until Saturday’s high-impact attack in one of Bogota’s most exclusive areas had mainly affected the rural areas where the FARC had abandoned the criminal activities that had financed their organization for years.

To further complicate the peace process, alleged guerrillas of the FARC’s dissident 1st Front have kidnapped a Colombian employee who, one month after his disappearance, continues to be held hostage.

In November 2016, the FARC signed a peace deal with the Colombian government to end a decades-long conflict that has killed 220,000 and displaced millions. As part of the final agreement, which was ratified by Congress, the FARC had agreed to lay down all of their arms by May 31.

That deadline has not been met, due to in part to construction delays in demobilization zones, the delivery of the armed containers and increasing unrest about the killing of social leader and family members of FARC guerrillas.

In spite of the increase and recent intensification of violence, the UN, the administration of President Juan Manuel Santos and the FARC decided to not revise the deadline, but strengthen foreign oversight instead.

A tripartite group composed of FARC, government and UN officials is also conducting separate operations to recover FARC weaponry and ammunition in over 900 clandestine storage areas around the country, a process vowed to be finished by August 1.

Once the disarmament process is completed, former FARC guerrillas will begin their reintegration into Colombian society, according to the peace deal signed on November 24.