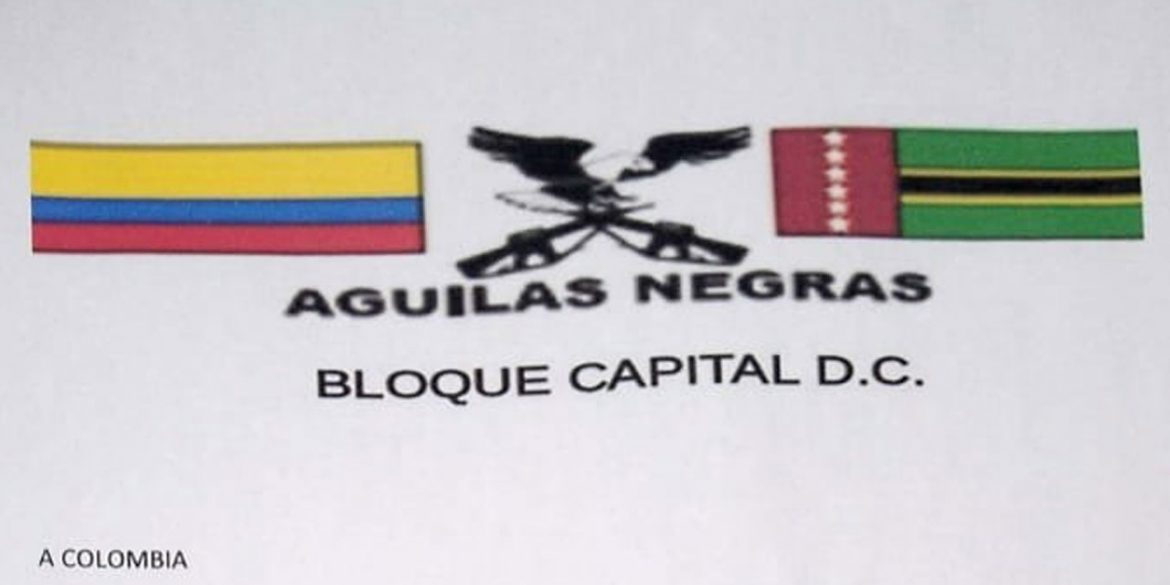 Far-right group Aguilas Negras sent out a death threat to senators of Colombia’s opposition, journalists and the organizers of anti-government protests on Thursday.

The mysterious group, which is believed to be associated with the security forces, reiterated its support for far-right former President Alvaro Uribe.

The Supreme Court, which is investigating Uribe for his alleged role in a plot to rig the 2018 elections, “wants to destabilize the country” at the orders of opposition Senator Ivan Cepeda and demobilized guerrilla group FARC, according to the Aguilas Negras.

Human justice has taken it upon itself to recognize the innocence of President Uribe, making clear the leftist line of the discredited Supreme Court that at the orders of that son of a bitch Cepeda and the FARC they want to continue destabilizing the country. 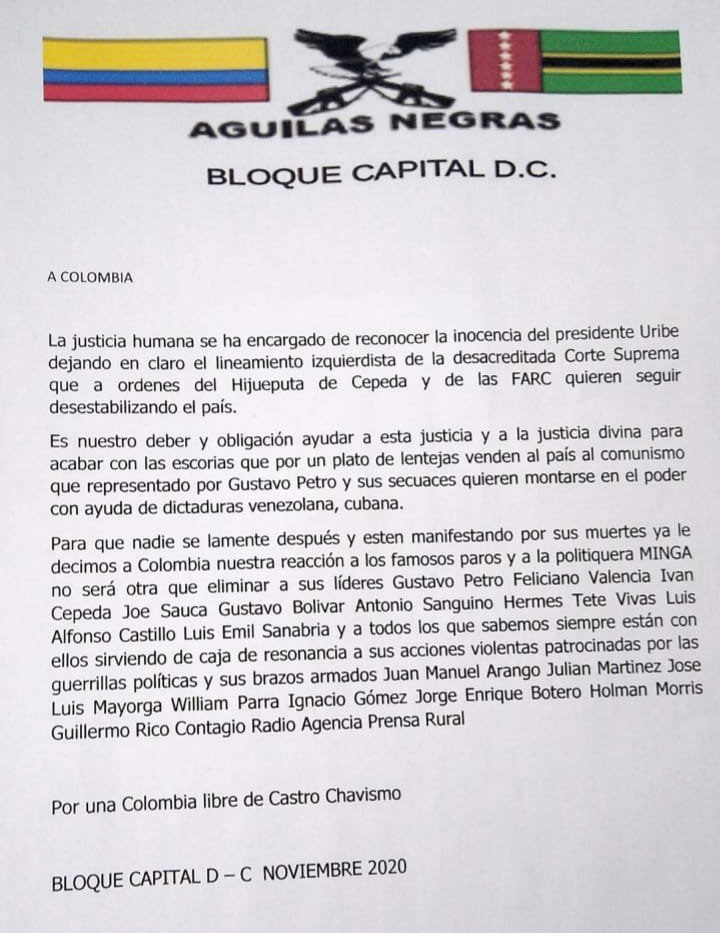 Among the lawmakers who are awaiting “human justice” before “divine justice”  are Senator Gustavo Petro, who lost the 2018 elections to President Ivan Duque, and Senator Feliciano Valencia.

All senators are members of the opposition, which has been critical of the government and Uribe, the president’s controversial political patron and former associate of the Medellin Cartel.

Lawmakers of the FARC, the political party of former guerrillas who demobilized in 2017, were not explicitly threatened.

The far right group explicitly threatened the organization of student and union leaders that has been organizing anti-government protests last year and indigenous leaders who have been holding their own protests.

The threatened journalists and independent media allegedly “serve as an echo chamber” for aforementioned “political guerrillas and their armed wings.”

The group additionally is believed to work with regional elites and businesses.

Because authorities have denied the existence of the Aguilas Negras and their name may have been used by others to instill fear, it is impossible to determine if the group is responsible for the political violence that has marred Colombia’s peace process that began after a deal between former President Juan Manuel Santos and demobilized FARC guerrillas in 2016.