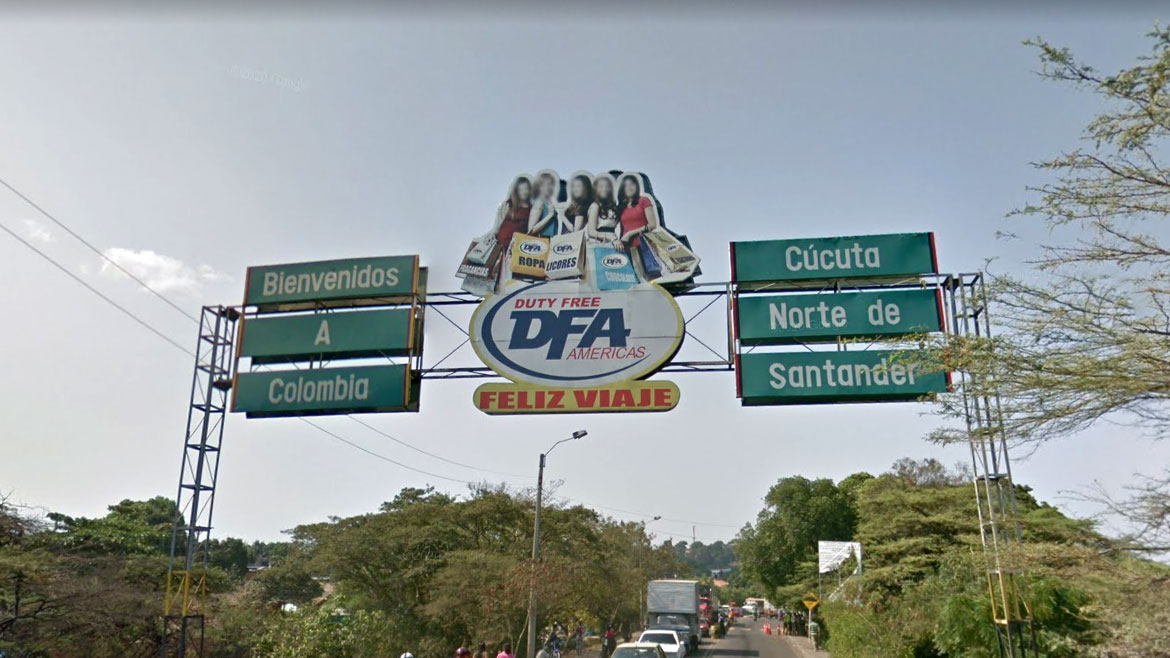 Colombia’s security forces appear to have left locals in the region around Colombia’s main city on the border with Venezuela at the mercy of illegal armed groups.

The Catatumbo region in Norte de Santander has historically suffered state abandonment, which has forced the locals to live under guerrilla rule for decades.

Paramilitary groups that fight the guerrillas in the countryside have long been financed by organized crime in Cucuta and its Venezuelan sister city San Cristobal.

The power of the illegal armed groups has marginalized and corrupted local police and army units that are supposed to control the border.

Catatumbo’s latest security crisis is caused by an unprecedented number of illegal armed groups that are vying for control over the border region that is one of Colombia’s main coca growing regions.

These illegal armed groups have specifically been targeting community leaders who aspire one of the congressional seats reserved for Catatumbo as part of a 2016 peace deal with now-defunct guerrilla group FARC.

Women are another target after they organized in opposition of the forced recruitment of their children, Carmen Garcia of the Association of Catatumbo Mothers for Peace told newspaper El Espectador.

We will not give birth to another child for the war. We prepare ourselves to teach them that weapons are only good for killing. We have listened to the reincorporated members of the FARC in the region who say that they have achieved nothing with weapons and that bothers the groups, both the illegal ones and the army or the police.

According to Fundacion Progresar, a human rights organization from Cucuta, 22 community leaders and forced another 22 to flee the border region because of death threats since 2020.

Nine massacres were committed in Catatumbo and Cucuta since the beginning of last year, according to think tank Indepaz.

Violence against civilians since 2020

Violence against community leaders in Catatumbo increased after the Constitutional Court granted the region extra seats in Congress as part of the peace process with the FARC earlier this year.

This political violence has made it virtually impossible for these representatives to campaign ahead of the congressional elections in March next year.

We suffered displacement and confinement after the kidnappings and murders of our colleagues. This has affected the development of our work, because so far we have not been able to return. The same groups are still there and more are coming… Of course one gets scared because they even mess with our families.

Mireya Leon, a representative of the Catatumbo Women’s Network, decided she wouldn’t even try to run for office after  armed men forced the women’s rights activist to flee the region in February.

Two guys smashed me against a gate and told me that they did not want to see me leading peace initiatives, or advising victims or human rights defenders. I filed reports at the Prosecutor General’s Office, at the Ombudsman’s Office, I had to leave everything behind and nothing has happened. And I bet that when this interview comes out, my life will be at greater risk.

Locals have little faith in the security forces that have been connected to illegal armed groups and organized crime on multiple occasions.

Furthermore, locals have complained that the authorities are behind much of the terror.

The majority of the threats come from the authorities themselves… We leaders have in 1999 already lived through the massacres and mass displacement because of the United Self-Defense Forces of Colombia, and we don’t want their successors to come back. They perceive us as guerrillas instead of human rights defenders.

The retreat of the security forces

The security forces have been unable to provide security after the 33rd Brigade was ordered to assist the Cucuta Police Department in maintaining order in the city in July.

Consequently, locals are left at the mercy of guerrilla group ELN, FARC dissidents and the paramilitary groups that are trying to oust the rebels.

The National army’s 33rd Brigade has largely been forced to retreat to Cucuta after a series of events that threatened public order in the city.

Police remain in the towns throughout Cucuta but barely leave their stations, which allows the illegal armed groups to impose their rule without relatively little opposition.

Is there hope for Catatumbo?

“The situation we are in now is the responsibility of the government” for failing to implement the peace deal with the FARC and agreeing to measures to reduce violence against civilians, farmers’ representative Juan Quintero told newspaper El Espectador.

Quintero and other regional leaders have been promoting a “humanitarian agreement” between all armed actors in an attempt to reduce violence in Catatumbo ahead of the 2022 elections.

The ELN, the EPL and FARC dissident groups have expressed their support for the humanitarian agreement, the farmers’ leader said.

“The only actor that until now has not responded is the Colombian State,” according to Quintero.

Without any state commitment, the community leaders believe that “it will be impossible” to reduce violence.