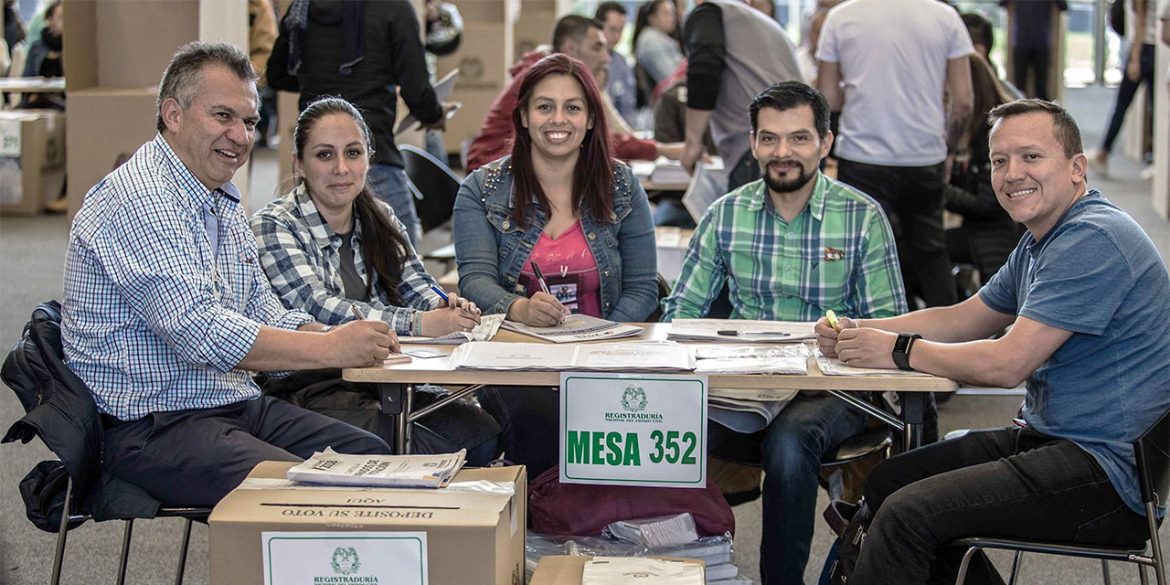 Colombia’s electoral observers received considerably less complaints about election fraud on Sunday compared to the first presidential election round in 2014.

According to the Electoral Observation Mission (MOE), it received 627 complaints over alleged election fraud. The organization reported 747 complaints during the first round of the 2014 elections.

The MOE said that the number of reports of vote-buying saw a remarkable increase.

Violence that has targeted the campaign of leftist candidate Gustavo Petro left its first fatality. A campaign worker was assassinated  in the hours before polls opened in the south-central Huila province, the prosecution confirmed.

The campaign of front-runner Ivan Duque, which had also faced aggressive protests in the race, reported no violent incidents.

According to Defense Minister Luis Carlos Villegas, the first presidential election since the demobilization of the FARC were calmer than ever.

A letter bomb of the MPR was detonated in Bogota, according to the Prosecutor General’s Office. The ELN guerrilla group upheld a unilateral ceasefire. Other groups active in the countryside posed no problem, according to the Defense Ministry.

The Prosecutor General’s Office said that 18 people were caught while trying to corrupt the elections. Prosecution officials caught 19 people in 2014.

Three people were arrested compared to six in the previous presidential elections. The police said it had arrested nine people for election-related offenses.

Both authorities and electoral observers deployed more observers than ever after Petro, an outspoken anti-corruption crusader, warned of possible fraud.

The Inspector General deployed more than 7,000 officials and the MOE sent more than 3,500 volunteers to polling stations, particularly in conflict regions.

Computer technicians of the different candidates were allowed to monitor the election software after computer fraud had been established in previous elections.

These election monitors did not immediately report irregularities.