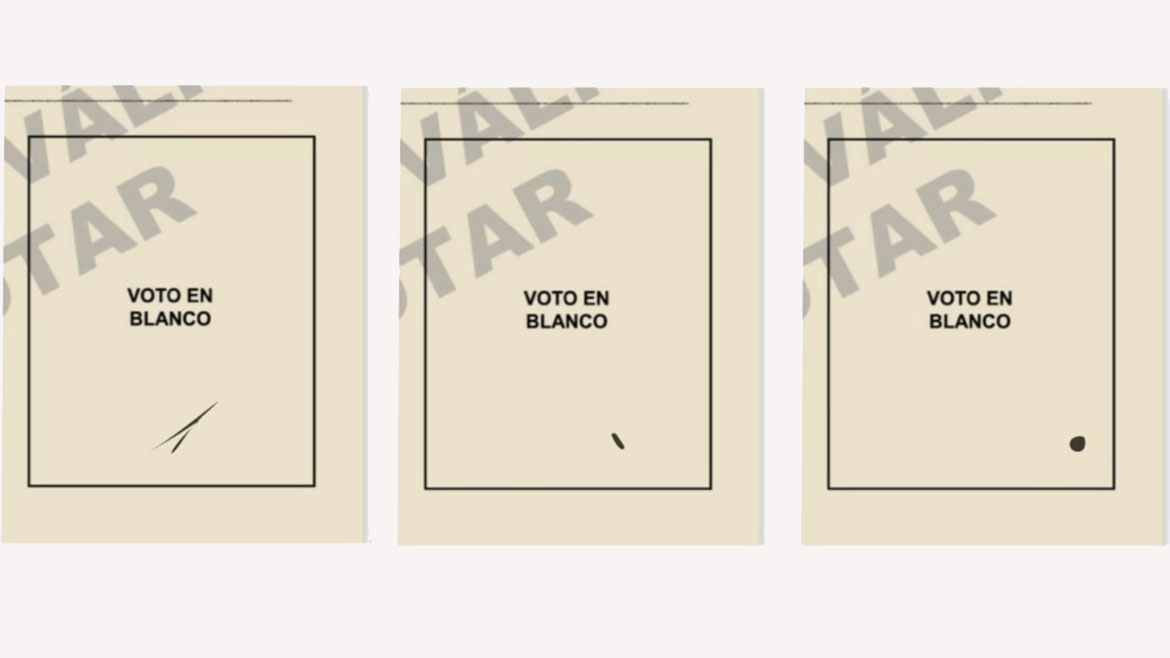 Colombia’s election observers warned on Sunday that voters were given tainted ballots that could disqualify their votes.

According to the Electoral Observation Mission (MOE), voters were given ballots with signs in the square for the blank vote square, which is supposed to be left blank.

In a press conference, MOE director Alejandro Barrios warned that the tainted ballots “could lead to… the disqualification of votes.”

According to Barrios, the points and stripes reported by voters were printed on the ballots.

The electoral observation chief urged election jurors and witnesses to be be careful not to confuse the apparent errors with votes.

The warning spurred some supporters of opposition candidate Gustavo Petro to claim that the National Registry, which organizes the elections, “is preparing a fraud.”

In response to the alert, the National Registry urged voters to demand a new ballot in case they were given a tainted one.

The election organizer said that “the National Registry hands out the ballots without any kind of mark,” implying that jurors had printed the dots and stripes on the ballots.

The National Registry bungled the congressional elections in March and contradicted other authorities about irregularities in the electoral process on previous occasions this year.

According to the MOE, the election organizer’s failure to adequately address issues that could threaten free and fair elections plummeted public confidence in the National Registry.

The latest irregularity comes only hours before the end of the second round of elections amid mounting fraud claims by the opposition and concerns about protests in the aftermath of the vote.