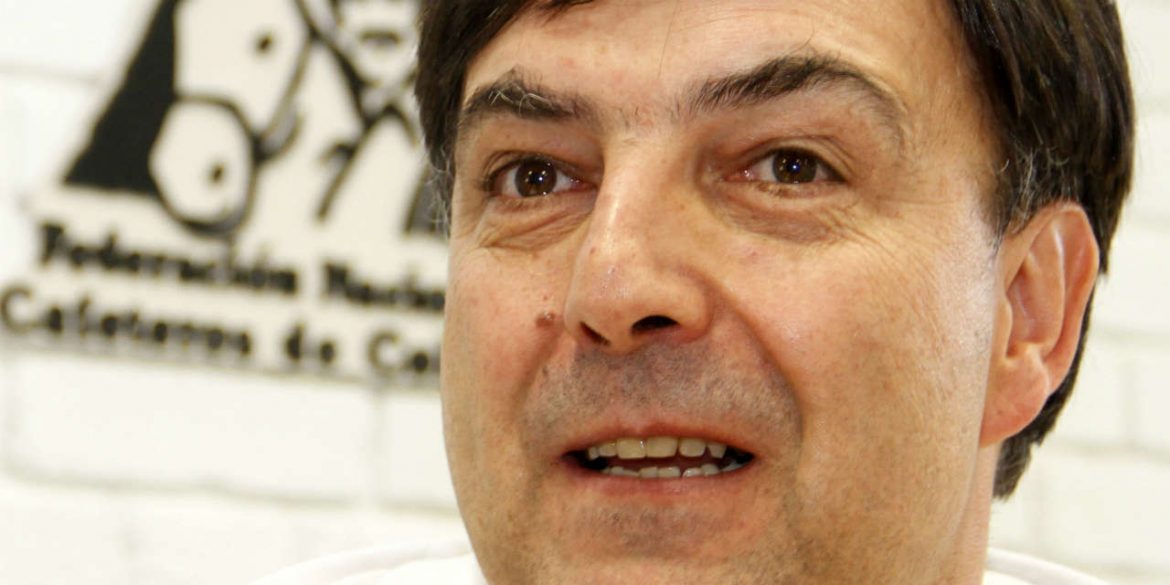 Colombia’s election authorities clash with observers and prosecution over fraud

Colombia’s government and election observers contradicted each other on Thursday over growing claims of widespread election rigging.

The Electoral Observation Mission (MOE), which has monitored elections since 2007, said at a press conference that it found irregularities in 2.8% of the voter forms.

Interior Minister Guillermo Gaviria and Registrar Juan Carlos Galindo, however, insisted there had been no rigging and that the found irregularities were “errors or mistakes.”

Fraud or no fraud? 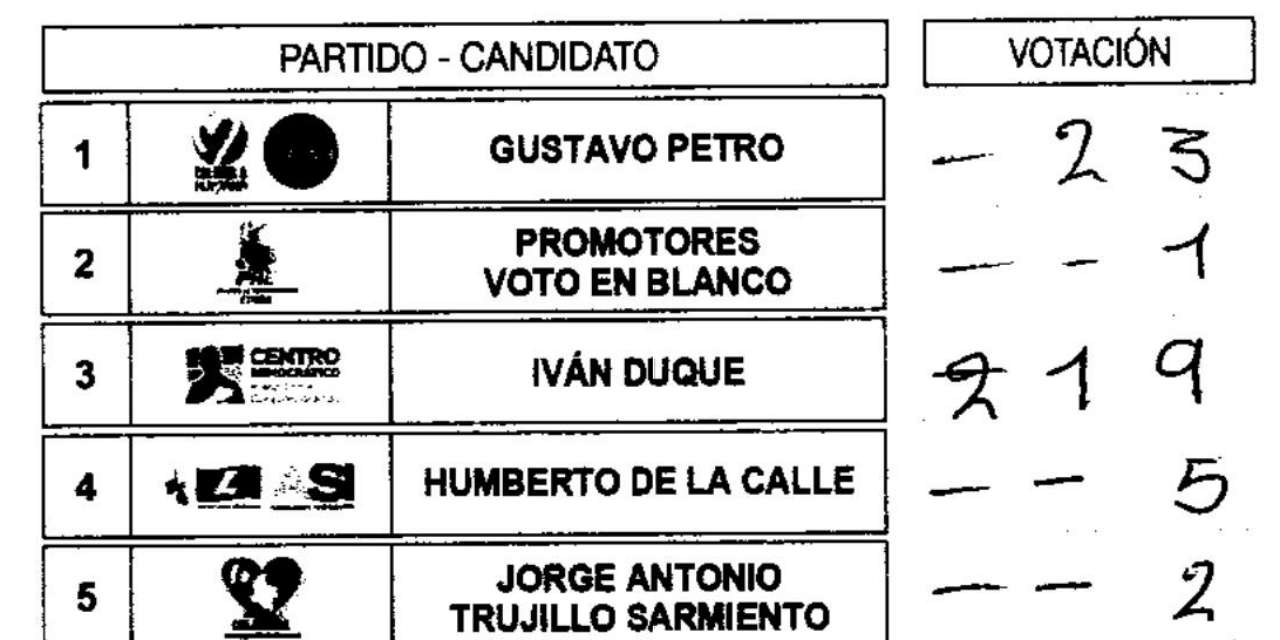 Voter form in which votes for candidate Ivan Duque were apparently changed from 19 to 219.

Supporters of leftist anti-corruption candidate Gustavo Petro began sharing images of altered voter forms earlier this week. They were supported by influential Senator Armando Benedetti (U Party), who has been clashing with the registrar for weeks.

According to the observers, fraudsters had eliminated 796 votes and had inflated candidates’ results with 12,522 votes. This altered 0.35% of the verified votes, the MOE said in a preliminary report.

Prosecutor General Nestor Humberto Martinez warned that “the country will be shocked” when his office reveals the results of fraud investigations that began after legislative elections in March.

Martinez said in Cartagena that “the dimension of corruption is nauseating.”

The chief prosecutor’s investigation focused on multiple types of fraud, including vote-buying.

Martinez said he would not reveal the first results of the investigation until after the presidential elections “so they won’t say I am intervening in politics.”

Despite the mounting evidence and the prosecution investigation, the interior minister, the registrar and the National Electoral Council (CNE) insisted there had been no fraud.

CNE magistrate Felipe Garcia even claimed that images of voter forms that were shared online had been falsified.

Contradicting the electoral observers, Garcia insisted that the voter forms were not intentionally altered.

These amendments, which are qualified as jurors’ transcription errors or mistakes, can in no case be considered fraud unless they are systematic, intentional and do not coincide with the scrutiny process.

The electoral authorities’ refusal to acknowledge the findings of electoral observers is creating an uncomfortable situation, especially now the chief prosecutor is investigating fraud.

The State Council ordered the CNE and the National Registry in February already to take measures to prevent exactly the kind of fraud that the MOE says to have found.

The alleged level of fraud is not high enough to challenge decisive election results later this month, but is devastating people’s confidence in the democratic process.

Colombia’s turnout rates are notoriously low, partly because of the electorate’s lack of confidence in public institution and the fairness of the electoral system.