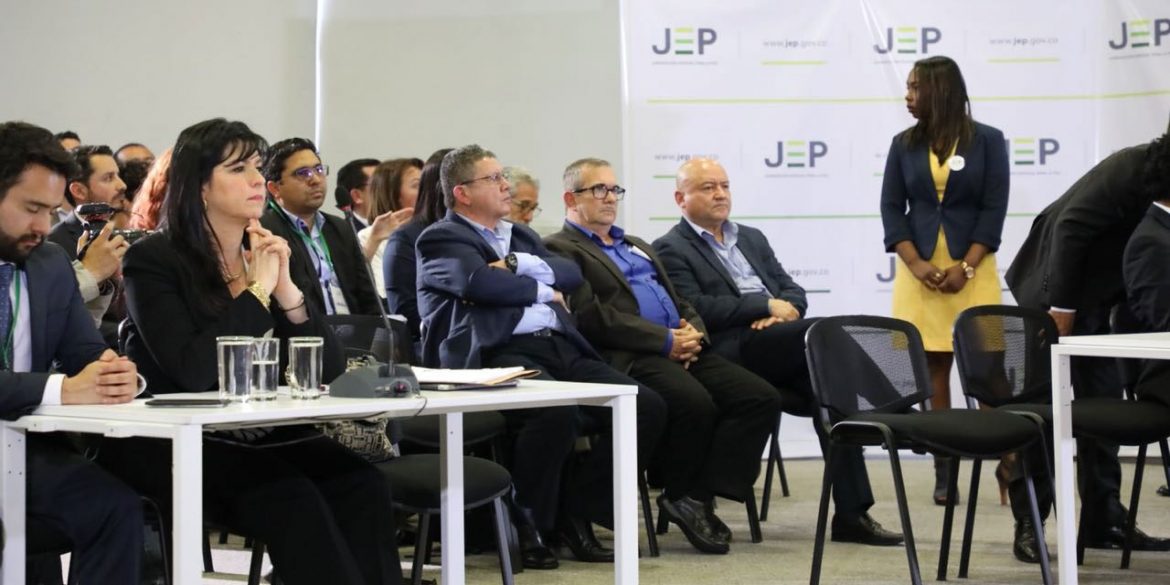 Leaders of Colombian rebel group FARC made their first court appearance on Friday to respond for war crimes committed in a 54-year-long civil conflict that has killed more than 265,000 people.

Thirty-one of the group’s leaders will initially be on trial for their alleged responsibility in the kidnapping of thousands of people, the vast majority civilians.

Guerrillas, paramilitaries and common criminals kidnapped more than 27,000 of people between 1970 and 2010, according to the National Center for Historical Memory.

Victims hope that the historic trial also will provide clarity about at least some of the more than 60,000 people who went missing in the armed conflict.

After decades of widespread impunity, the vast majority of kidnappings that took place between 1970 and 2010 remain unsolved, according to the National Center for Historic Memory.

The historians said that guerrillas are suspected of 90% of the kidnappings that were used to finance their armies.

Statistics on kidnapping in Colombia

Among those who were called to court are the group’s former military chief, “Timochenko,” and the group’s political chief, “Ivan Marquez,” who requested to be represented by an attorney.

I am here, at your disposition, deeply moved for seeing how the dream we constructed in Havana crystallizes.

“Jesus Santrich,” who was also called to trial, will take part in the proceedings from jail after he was arrested in April on vague US claims he was involved in a 2017 plot to export 10 tons of cocaine.

During Friday’s hearing, the FARC members confirmed they would fully cooperate with the transitional justice court that will seek to impose restorative justice and seek adequate reparation for victims rather than prison sentences.

The cases of FARC leaders who refuse to tell the truth will be expelled from the transitional justice system and be assumed by the country’s common courts.

The FARC will have to respond for a list of war crimes that include terrorist attacks, political assassinations and sexual violence. Thousands of members of the military will also appear in court on charges of war crimes.

Tens of thousands of civilians and politicians who are also suspected of war crimes were shielded from compulsory collaboration with the transitional justice system.