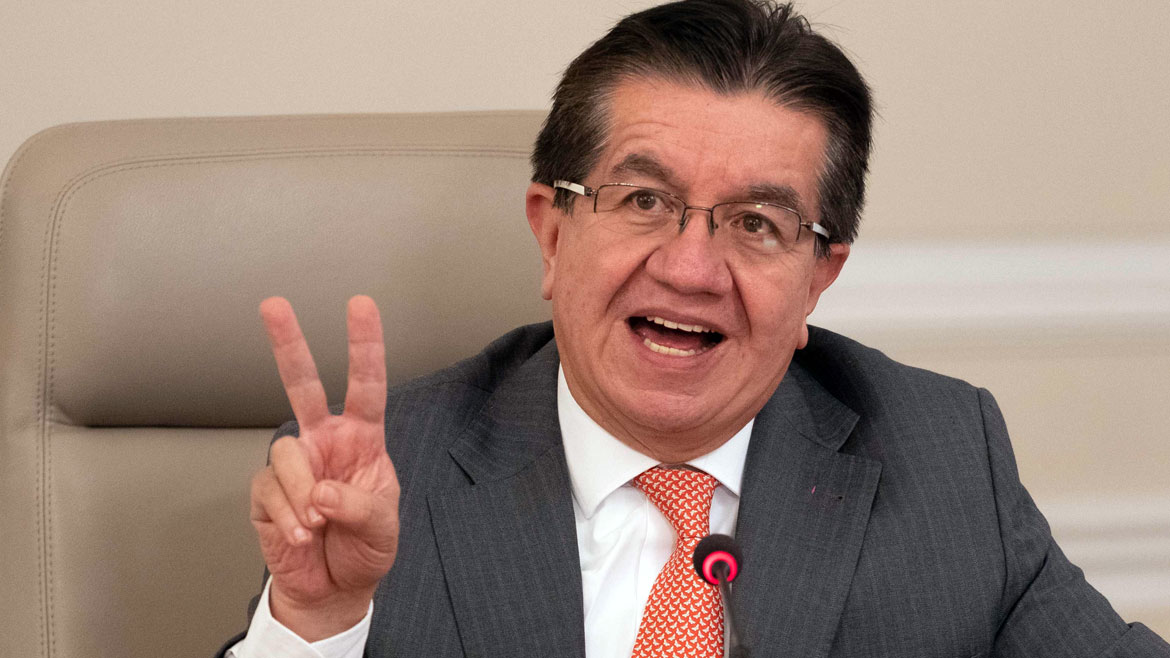 Colombia’s health minister said Tuesday that authorities will begin the applying COVID-19 vaccines to people of 60 and older as his National Vaccination Plan is descending into chaos.

According to Ruiz, the government finished distributing more than a million vaccine shots for the 1.1 million people of 80 and older and had secure the first shot of 85% of the top priority group.

The decree failed to mention first line healthcare workers who also make up part of the top priority group that was initially estimated to consist of 1.7 million people.

According to Health Ministry statistics, more than 800,000 people of the top priority group have yet to receive their first shot and less than 45,000 people are fully vaccinated.

Ruiz order to proceed to stage two of the mass vaccination campaign as it became evident that Colombia’s notoriously corrupt private health care intermediaries, EPS’s, have been unable to facilitate the vaccination of their clients.

The minister said in President Ivan Duque’s daily propaganda show that “we will maintain the vaccination of the population of 80 and older indefinitely” if these people report themselves at one of the vaccination points.

They accepted that the EPS’s neither have an information system of the affiliated population, nor their epidemiological or socio-demographic profile. Now they only need to accept that this is not only the case with those of 80 and older.

The minister’s decree to proceed to the second stage of his National Vaccination Plan failed to mention healthcare workers entirely.

What is clear is that Ruiz and his vaccination drive are utterly chaotic.

Minister not a numbers guy?

The minister told Duque that 70,757 people received vaccine shots “today” while this number corresponds to shots given between Sunday and Monday.

At the end of the first month of the vaccination drive, the healthcare system was only to perform at 35% of the capacity Ruiz promised in February.

Ahead of the start of the National Vaccination Plan, Ruiz said that healthcare authorities had the capacity to apply 100,000 shots per day and that this capacity would increase as larger shipments of vaccines arrive.

At the end of the first month of the unprecedented vaccination drive, health authorities had effectively delivered 35% of the shots promised beforehand.

Duque and his health minister have repeatedly vowed to vaccinate more than 35 million people, approximately 80% of the population, before the end of the year.

This means that on average 240,000 people must receive a vaccine shot per day for the rest of the year.

Both the president and Ruiz insisted on Tuesday that “we have a good vaccination speed.”

Health authorities would be vaccinating until the end of 2023 had it not been for the fact that the currently available vaccines would expire way before that.