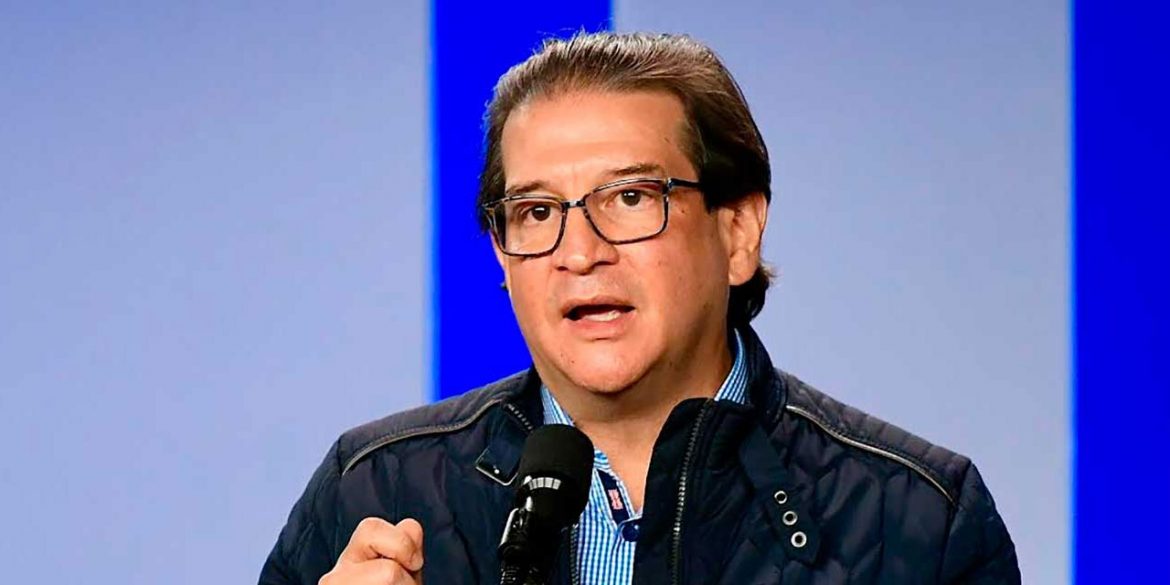 Colombia’s government and prosecution said Saturday that they will guarantee the provision of food supplies while prosecuting those trying to fix food prices.

The government is still working on the decree that will put his country under quarantine between Wednesday and April 12, but President Ivan Duque, Agriculture Minister Rodolfo Zea and chief Prosecutor Francisco Barbosa lifted the veil on how people will be able to get food without getting ripped off.

One person per household allowed to go shopping

The restriction the government wants to impose on consumers, according to the agriculture minister, is to allow only one person per household to go shopping for basic products.

This measure would reduce the number of people on the street and in supermarkets while maintaining  their families’ access to food products in super markets and corner stores.

The minister called on Colombians to change shopping patterns like shopping at known peak hours and refrain from hoarding.

The measures that are going to be taken are that only one person per household is going to be able to go out and buy food. So, do not despair; let us not allow nervousness to lead us all to go out at the same time to buy in the shops, in the supermarkets, and that with this the prices begin to increase because that’s not necessary.

On the production and import end, Zea said that the logistics of bringing food supplies from the country’s farms and docks to food factories, wholesale markets and shops will remain in place.

“Our farmers will be able to continue harvesting the land and producing food” and “we will keep our ports open” for food products and the domestic industrial production of food products, according to Sea.

Transport companies will be able to distribute products as normal, the minister said.

We will ensure that the logistics chain and food production will be maintained.

Price fixing to be punished: prosecution 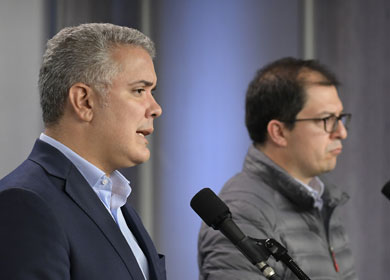 According to Duque, industry watchdog SIC plans to increase price fixing inspections and report violations to the prosecution.

The chief prosecutor said that his office would prosecute any producer or wholesaler found hoarding products to increase their value in supermarkets or shops.

“We will not allow any producer, manufacturer, or wholesale distributor to abuse its position within the market,” Barbosa said, adding that “we will apply the penal provisions related to… hoarding and speculation.”

The law is clear,” said the chief prosecutor, adding that “I will be strict in enforcing the law” unlike his predecessors.

The president, the agriculture minister and the chief prosecutor only referred to the basic consumption products.

How the quarantine will affect other retailers will depend on the decree currently being prepared by the government.

The quarantine, that seeks to drastically slow down the spreading of the coronavirus that killed almost 800 people in Italy, the country struck hardest by the pandemic, on Saturday alone.