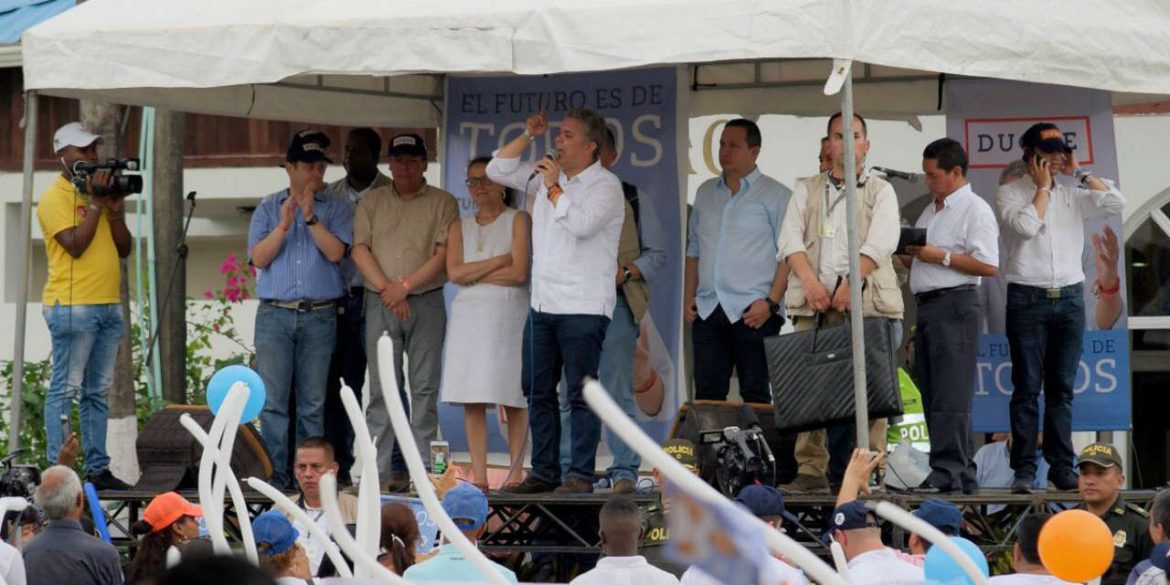 The conservative front-runner in Colombia’s election race, Ivan Duque, said Wednesday that an unidentified group has been plotting to kill him using a letter bomb.

Duque told journalists that National Police director Jorge Nieto alerted him that “a cell wants to attack me, and that they want to do it through the campaign office.”

“They were looking to do this with an explosive device in an envelope that would be let into the campaign office,” the candidate said.

The plot was allegedly discovered by one of the National Police’s intelligence units.

Duque said that he had not been informed about who would be behind the alleged plot.

The police have increased protection measures in response to the alleged plot, said the candidate.

The National Police did not immediately confirm the claim.

Duque said that “we will continue with what we are doing, with enthusiasm, with joy, making contact with citizens every day.”

The conservative candidate has been leading the election race ever since he received the endorsement of the powerful former President Alvaro Uribe and his hard-right Democratic Center Party.

Leftist candidate Gustavo Petro was attacked in March after police drove him into a hostile crowd.

All candidates last week signed a pact in which they vowed to discourage hate speech and political intolerance.

The presidential election will be the first after the demobilization of the FARC, the former guerrilla group that sought to violently overthrow the state between 1964 and 2016.