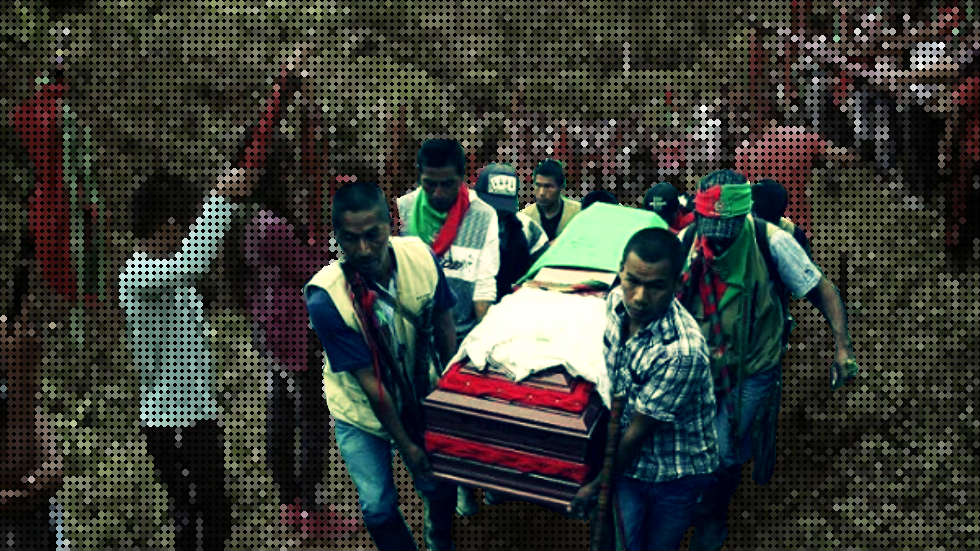 Colombia’s community leader assassinations up 45% in 2017

At least 170 community representatives were assassinated in Colombia’s countryside in 2017, casting dark shadows over a peace process with former FARC guerrillas.

The new wave of violence targeting civilians has been particularly severe in former FARC territory in the west of the country, according to a study by one of the country’s leading think tanks on conflict, Indepaz.

Other actors, such as paramilitaries and the ELN, have moved into those places left by the ex-guerrilla to co-opt territories, and they have done so by force.

The assassinations are primarily over territorial control and access to lucrative resources like gold and coca, the base ingredient for cocaine.

United Nations Secretary General Antonio Guterrez told the Security Council in a letter that general violence levels in Colombia were down, but confirmed the increase in violence in some of the former FARC territories.

According to the UN, 34 of the FARC’s 12,500 members and 13 family members of former guerrillas were also assassinated.

This pattern of violence underscores how difficult it is to fill the power vacuum left in the vast areas that were previously under the influence of the FARC and where the absence or insufficient presence of public institutions … has allowed the rapid expansion of illegal armed groups in order to take advantage of income from illicit economic activities.

Guterrez said that the government’s initial strategy to impose state authority in former FARC territory “did not produce the expected results” and that “the obstacles Colombia is facing are truly enormous.”

At the end of almost 50 years of armed conflict with the state, the FARC controlled roughly one third of Colombia’s national territory, acting as the primary authority in areas that traditionally have been neglected by the state.

The much smaller ELN guerrilla group, and dissident factions of multiple demobilized armed groups continue to be active in the country.