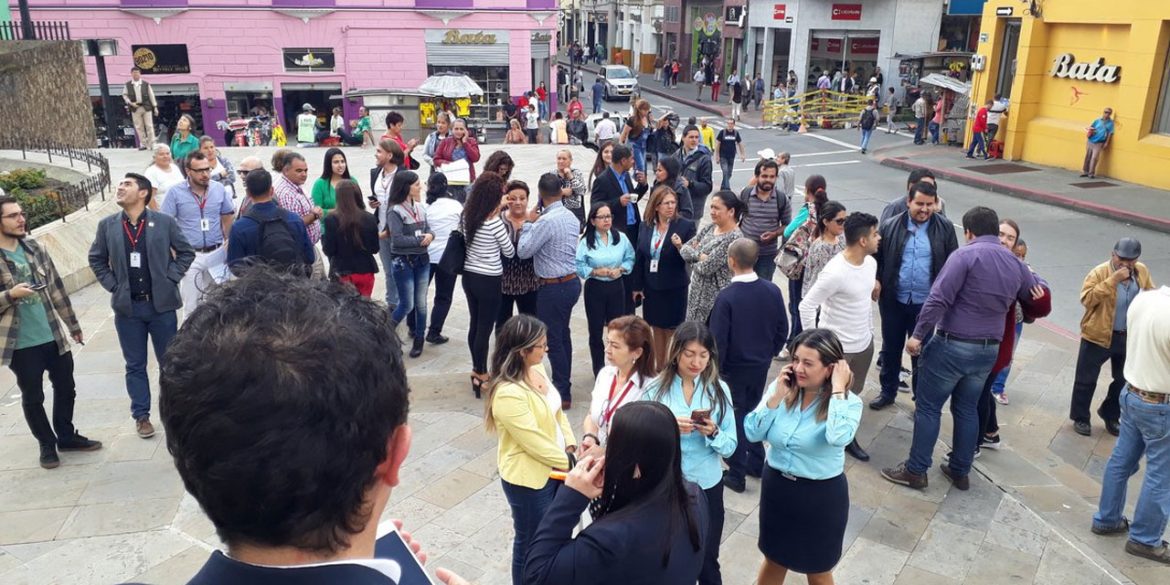 The city of Manizales was rocked by a magnitude 6.2 earthquake on Monday, spurring local authorities to evacuate several buildings.

The earthquake was also felt in cities like Bogota and Medellin.

According to local media, dozens of people were evacuated from downtown office buildings after cracks were seen following the earthquake.

Workers of the Caldas governor’s office were also evacuated.

The quake spurred fears of a possible eruption of the nearby Nevado del Ruis volcano, but this was quickly dispelled by meteorologists.

No injuries were reported.